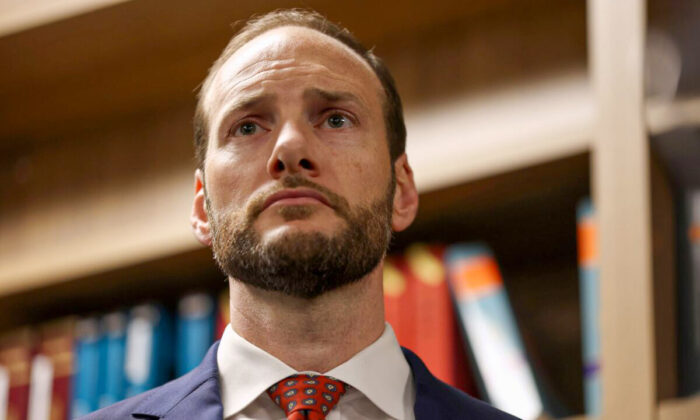 Three prosecutors at the forefront of the progressive movement in California will be put to the test on June 7.

All three are founding members of the Prosecutors Alliance, a first-of-its-kind prosecutor organization pushing progressive changes in the California criminal justice system. The fourth founding member, George Gascón, is also mired by a robust recall campaign in Los Angeles.

Boudin, a former public defender and son of incarcerated parents, was elected in 2019 on a progressive platform. He set out policies to restrict cash bail and sentencing enhancements for offenders while ramping up criminal prosecutions against police officers.

His term, coinciding with the pandemic years, has been marked by an uptick in property crimes and homicides, according to San Francisco police data.

The political committee that is most active in the recall campaign, San Franciscans for Public Safety Supporting the Recall of Chesa Boudin, spent nearly $4.5 million in 2022, according to the latest campaign finance disclosures published by the San Francisco Ethics Commission. The treasurer of the committee is Mary Jung, former San Francisco Democratic Party chair.

Four committees opposing the recall spent a combined $2.1 million in 2022. Among them, a committee set up by the American Civil Liberties Union of Northern California spent $263,171.

Becton, a former judge, was first elected in 2018 on a progressive platform. During her term, she stopped prosecuting certain drug possession cases, piloted a resentencing program to reduce sentencing lengths, and started a data collection project to identify racial disparities within the system.

Knox told The Epoch Times that she disagreed with Becton’s policy to stop prosecuting a wide range of drug possession cases. Prosecuting the cases incentivizes people with serious addictions to get court-ordered treatment and reins in drug-fueled crimes such as thefts, robberies, and burglaries, she said.

“I think the crime will only increase until we start enforcing our laws the way they are written. It is the district attorney’s ethical duty to file charges when the facts prove, beyond a reasonable doubt, that a crime was committed and not let your own personal beliefs get in the way,” Knox said.

Becton told The Epoch Times in a statement that her office focuses resources on prosecuting violent crimes.

Becton said that her office continues to file charges in organized retail thefts.

Knox raised $385,978 this year, out-raising Becton by about $143,000, according to the latest campaign finance disclosures published by Contra Costa County’s election office.

However, far more money was spent by super PACs that have chosen to support Becton’s campaign. These super PACs can raise and spend as much as they like, but they are prohibited from coordinating directly with any candidates.

California Justice and Public Safety PAC spent a whopping $963,884 on TV ads, digital ads, mailers, and so on in supporting Becton and opposing Knox in 2022, according to the latest data.

George Soros, who has a record of supporting progressive prosecutor candidates, chipped in at least $652,000 into the PAC. Smart Justice California Action Fund put in $300,000.

In support of Knox, Contra Costans for Progress and Justice, a PAC formed by a coalition of local organizations and individuals spent $228,548 in 2022. Contra Costa Deputy Sheriff’s Association is the largest donor to the PAC, contributing $190,000.

In 2020, Knox and four other prosecutors filed a federal lawsuit accusing Becton of discriminative promotion practices. In 2019, Knox filed an unfair workplace treatment complaint alleging that Becton demoted her after she supported Becton’s challenger in the 2018 election.

Salazar, a Republican career prosecutor who worked at the gang and homicide unit, was first elected in 2014 and reelected in an uncontested race in 2018.

In April, the District Attorney’s portion of the San Joaquin County Attorneys Association concluded a vote of no confidence in Salazar’s ability to effectively manage the office.

Freitas told The Epoch Times that he disagrees with the direction set forth by the Prosecutors Alliance. For instance, he thinks stopping prosecuting misdemeanors will embolden criminals and give rise to more violent crime.