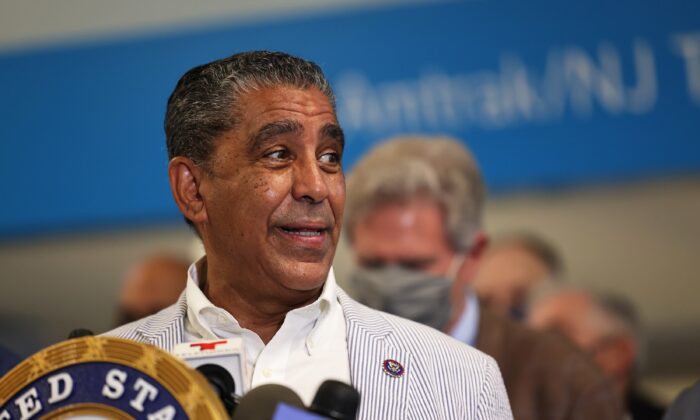 Pelosi leaves open possibility of another delay
By Zachary Stieber

A scheduled House of Representatives vote on Sept. 30 on a bipartisan infrastructure package that the Senate passed in August is poised to fail despite Democrats’ control of both chambers.

Democrats who describe themselves as progressive oppose approving the measure unless there’s a vote first that approves a $3.5 trillion budget package. Since that hasn’t happened, they say there aren’t enough votes for the infrastructure legislation.

“Right now, it doesn’t look like it,” Rep. Adriano Espaillat (D-N.Y.), deputy whip of the Congressional Progressive Caucus, said during a Sept. 29 appearance on MSNBC.

The progressive bloc has 96 members. Democrats control both the House and the Senate but have slim majorities in each, and House Republicans are being directed to vote against the bill, giving leverage to the bloc.

A majority of members will only vote for the infrastructure bill if the budget package is approved first, the caucus stated after a Sept. 28 meeting.

House Speaker Nancy Pelosi (D-Calif.) already pushed back the vote on the $1.2 trillion infrastructure legislation as Democratic leaders try to negotiate an agreement with the caucus.

Pelosi told reporters on Sept. 29 that she won’t hold a vote on the legislation unless she’s certain it will pass. She also said that work on the infrastructure legislation is happening “simultaneously” with the budget package.

White House press secretary Jen Psaki told reporters later on Sept. 29 that Biden trusts Pelosi “and her assessment of what her caucus needs to win this vote.”

“Our objective here is winning two votes, getting these two pieces of important legislation across the finish line,” she said.

Pelosi has maintained confidence that the bill will pass, but the outlook appears grim. Sen. Bernie Sanders (I-Vt.) joined allies in the House on Sept. 28, urging progressives to vote against the bill unless top Democrats agreed to first advance the package.

“It’s not the infrastructure bill THEN maybe the Build Back Better package down the road. That wasn’t the deal. Progressives won’t back down. We’re fighting the people’s fight and we’re going to deliver the entire ‘Build Back Better’ agenda,” Rep. Pramila Jayapal (D-Wash.), who leads the progressive caucus, wrote on Twitter.

Jayapal told reporters in Washington late Sept. 28 that Pelosi “knows that we don’t have the votes for the bipartisan bill without the reconciliation” and has been in touch with the speaker regularly.

Asked if she would delay the vote again, Pelosi said that “we’re advancing.”

Moderate Democrats, meanwhile, want the budget legislation cut down. They’re keeping an eye on the Senate, where moderate Sens. Joe Manchin (D-W.Va.) and Kyrsten Sinema (D-Ariz.) have expressed opposition to such a large package.

Rep. Josh Gottheimer (D-N.J.), co-chair of the bipartisan Problem Solvers Caucus, expressed frustration on Sept. 29 on CNN at how things are unfolding.

“We’re going to get both done.”