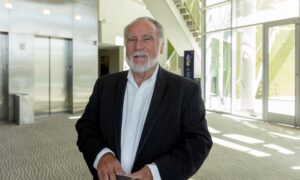 Founded in 2006 in New York by a group of artists originally from China, Shen Yun states that its mission is to revive 5,000 years of divinely inspired Chinese culture and share it with the world through the universal languages of music and dance.

While China has a long and rich history, much has been lost as a result of deliberate efforts by China’s communist regime to destroy it. During the Cultural Revolution in the 60s and 70s, temples were razed, books were burned, and artists, intellectuals, and members of religious institutions were imprisoned or killed in a systemic effort to destroy the traditional culture.

It is also for this reason that Shen Yun is unable to perform in China. Around the world, however, its performances have become a cultural phenomenon with performances each year in some 20 different countries and 150 cities.

At the core of Shen Yun performances is classical Chinese dance, an ancient art form with a history of thousands of years. Classical Chinese dance, martial arts, and operatic dance have similar movements and postures, also known as shen-fa in Chinese, which have likewise been passed down for millennia, according to an introduction on the Shen Yun Creations website.

The highest achievement of shen-fa is shen-dai-shou (the body leads the arms). However, no one knew how to do it or even truly understood how to apply it before Mr. D.F., the founder and artistic and creative director of Shen Yun Performing Arts, imparted this method.

“Shen-dai-shou is also a method that has been persistently sought after by all kinds of dance forms and physical performing arts,” reads the introduction. “It is a dance technique that people have been searching for since ancient times, something people have talked about but no one can do—it is the highest realm of artistic expression through physical movement. The founder, Artistic and Creative Director of Shen Yun Performing Arts, Mr. D.F., is the one who imparted this method. Shen-fa, moreover, also has the even better method of ‘kua-dai-tui’ (the hips lead the legs), which modern people have not even heard about—an entirely lost art form. Having benefited from Mr. D.F.’s personal instruction in this method, Shen Yun now presents it to the public.”

Ever since its establishment in 2006, Shen Yun has been performing in the most prestigious theaters around the globe, receiving tremendous audience acclaim and adoration. Now, to satisfy the great demand of audiences around the world, we present these Shen Yun creations to you.