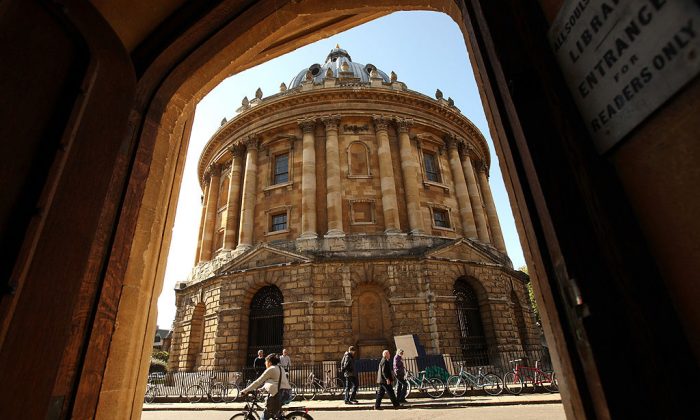 Professors Call for Consultation on Foreign Threats to Academic Freedom

As academic collaboration with other countries increases, British professors want to ensure universities protect academic freedom and the safety of scholars from hostile foreign regimes.

A number of professors have formed the Academic Freedom and Internationalisation Working Group (AFIWG), which on Monday published a draft code of conduct (pdf) for use by the British higher education sector.

It requires that universities consult scholars “at all stages” and assess relevant risks before foreign collaborations take place.

Despite many positives, academic “internationalization” can have a repressive impact on the intellectual independence of members of the academic community, “both individually and collectively,” the AFIWG code states, and lists a plethora of serious impacts.

“Violations of the right to academic freedom in this context can involve and result in surveillance, intimidation, self-censorship, suspension, being banned from academic posts, persecution, attacks, visa denials, deportation, coercive pressure on relatives, prosecution, detention, or, in the most extreme cases, death,” it states.

1. The Draft Model Code of Conduct of the Academic Freedom and Internationalisation Working Group is now live. https://t.co/Q5iIzvDIJB

International collaborations, such as overseas campuses, student exchanges, and transnational research, can “give rise to certain challenges that risk undermining academic freedom,” the codes states, especially where states or state-linked actors wish to prevent certain lines of intellectual inquiry or criticism and employ coercive methods to do so.

“It is important for the UK [higher education] Sector to openly acknowledge these challenges, which extend beyond questions of intellectual property and national security,” the code states.

Citing gifts and donations from abroad and foreign fieldwork as areas where academic freedom could be compromised, the AFIWG code calls for formal risk assessments of the dangers by the higher education sector, which also needs to “allow itself to be held accountable for its actions in this context.”

Though the AFIWG does not single out any foreign countries specifically, the draft code to protect British academic freedoms follows ever-growing fears about the influence of the Chinese state on universities.

There are “well-founded fears” that the Chinese Communist Party (CCP) has sought to undermine academic freedom and the integrity of scientific research on Britain’s campuses while the country’s universities have become “worryingly dependent” on tuition fees from Chinese students, according to a report (pdf) published on July 23 by think tank Onward.

Among other responses to these concerns was a call earlier in the year for British universities to quickly create a strategy to protect researchers’ ability to openly discuss topics deemed sensitive by Beijing and say no to demands from China that violate their values.

The advice was given by Kerry Brown, professor of Chinese Studies and director of the Lau China Institute at King’s College in London.

He gave the advice in an essay titled “China and Self-Censorship,” one of a collection of eight in a Higher Education Policy Institute (HEPI) report on engagement with China titled “UK Universities and China.”

Sinead O’Gorman, the European director of SAR, which works to protect threatened scholars and promote academic freedom internationally, welcomed the new draft code of conduct and highlighted the need for a more systematic and preventative response.

“SAR welcomes new initiatives such as the UK Academic Freedom and Internationalisation Working Group, which is working proactively to increase respect for academic freedom in universities’ international partnerships,” she told The Epoch Times in an email.

“Instead of reacting on a case-by-case basis to violations of academic freedom as they occur, we need to put the proper processes and systems in place before such crises arise,” she said.

“SAR Europe supports the UK working group in their work to address this need. We hope this work will provide a model to related national efforts in Europe and around the world,” she added.