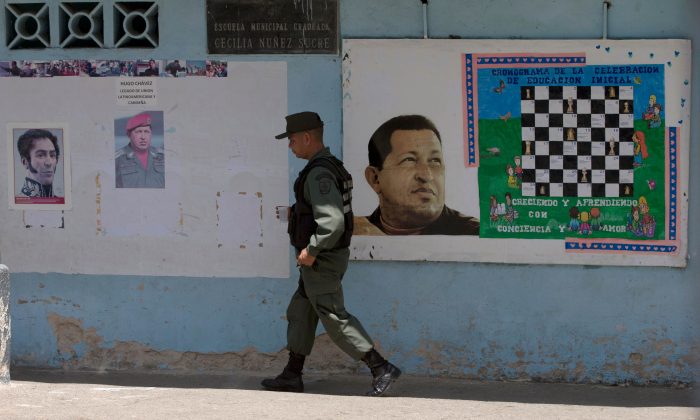 CARACAS, Venezuela— Venezuela has already lost many of its brightest young professionals to better-paying jobs abroad, and now the South American country is also losing the professors who trained them.

College professors in this socialist country plagued by a cash crunch, shortages and spiraling inflation are abandoning their jobs in droves, unable or unwilling to survive on salaries as minuscule as $30 per month at the widely used black market exchange rate.

Before, instructors earned enough to buy homes and cars, and universities sponsored them for professional development courses abroad. But the last decade has seen only increases to the minimum wage for professors, meaning that the income gap between senior and junior educators has disappeared and all are now left with a similar paltry wage.

Hundreds of professors have given up their posts in recent years, and the pace is accelerating, according to the teachers’ union. More than 700 of the 4,000 professors who once taught at the highly respected Central University of Venezuela in Caracas have quit during the last four years, some taking better-paying jobs in other fields inside the country while others have been lured to academic posts at universities abroad.

Professors warn that the exodus will have a multiplier effect as it lowers the quality of teaching and research at institutions once nurtured by Venezuelans who studied abroad and returned home to teach. Now, those who leave the country to pursue advanced degrees rarely come back.

“We’re going to feel the consequences of this for generations to come,” said 52-year-old biology professor Pedro Rodriguez, who is working as a researcher at the University of Chicago while on sabbatical from his full-time job at Central University. He is now weighing whether to retire and remain permanently in the United States.

The Ministry of Higher Education did not respond to repeated requests for comment on the academic exodus.

Teachers say they can’t make it on the small salaries the government offers, and are tired of the official neglect that affects Central University and other autonomous public universities that were once the jewels in the crown of the nation’s educational system.

The 16-year-old socialist revolution launched by late President Hugo Chavez has instead emphasized the government’s “revolutionary universities,” which offer free education to thousands of students who might otherwise have skipped college.

Victor Marquez, president of the professors’ association at the Central University, said the government has flattened professors’ pay scales and slashed funding, this year granting only 39 percent of the budget it requested.

University professors had already begun to leave their posts when the government froze wages in 2010, leaving the remaining educators at the mercy of inflation that economists believe is the world’s highest, he said. Top professors now make the equivalent of $35 at the black market rate.

At the leafy, secluded Central University campus, students complain that classes they want are not offered, and that their professors are demoralized.

“The school is going through a bad time, and sooner or later the quality of the education is going to suffer,” said Hasler Iglesias, who studies chemical engineering.

Many of the teachers who have stayed supplement their income with part-time jobs or take sabbaticals to work and save money. Just 10 percent of professors at Central University’s business school work full time.

Isabel Carmona, 61, speed walks along the corridors of a bungalow that has served as the business school’s temporary offices for a year.

She does it all, from mentoring junior colleagues, to advising graduate students, to seeking donations for a video projector, and looking for a fan to make up for the lack of air conditioning. She’s been working a second job at an office in the morning to save money so she can visit her children, who live in Florida.

“This school is a school that trains business managers, that trains accountants, and it has no full-time staff,” she said. “I would never say to a young person now, ‘you should stay here and teach.'”