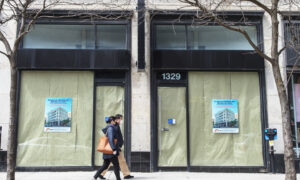 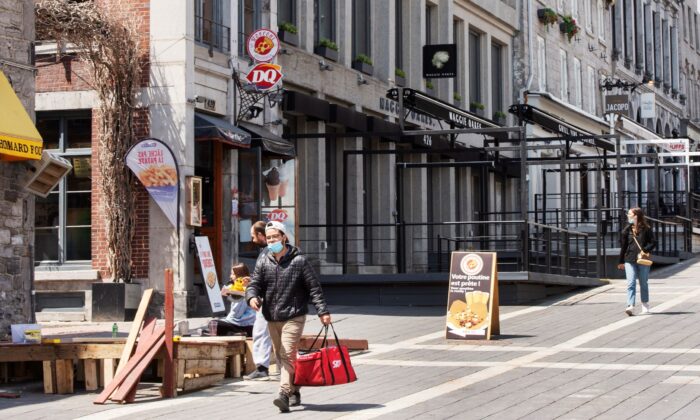 People walk past empty patios in Jacques Cartier Square in Montreal on May 7, 2021. (The Canadian Press/Ryan Remiorz)
Canada

Economics professor Doug Allen wanted to know why so many early models used to create COVID-19 lockdown policies turned out to be highly incorrect. What he found was that a great majority were based on false assumptions and “tended to over-estimate the benefits and under-estimate the costs.” He found it troubling that policies such as total lockdowns were based on those models.

“They were built on a set of assumptions. Those assumptions turned out to be really important, and the models are very sensitive to them, and they turn out to be false,” said Allen, the Burnaby Mountain Professor of Economics at Simon Fraser University, in an interview.

Allen says most of the early cost-benefit studies that he reviewed didn’t try to distinguish between mandated and voluntary changes in people’s behaviour in the face of a pandemic. Rather, they just assumed an exponential growth of cases of infection day after day until herd immunity is reached.

In a paper he published in April, in which he compiled his findings based on a review of over 80 papers on the effects of lockdowns around the world, Allen concluded that lockdowns may be one of “the greatest peacetime policy failures in Canada’s history.”

He says many of the studies early in the pandemic assumed that human behaviour changes only as a result of state-mandated intervention, such as the closing of schools and non-essential businesses, mask and social distancing orders, and restrictions on private social gatherings.

However, they didn’t take into consideration people’s voluntary behavioural changes in response to the virus threat, which have a major impact on evaluating the merits of a lockdown policy.

“Human beings make choices, and we respond to the environment that we’re in, [but] these early models did not take this into account,” Allen said. “If there’s a virus around, I don’t go to stores often. If I go to a store, I go to a store that doesn’t have me meeting so many people. If I do meet people, I tend to still stand my distance from them. You don’t need lockdowns to induce people to behave that way.”

Based on his lost-life calculation, lockdown measures have caused 282 times more harm than benefit to Canadian society over the long term, or 282 times more life years lost than saved.

Furthermore, “The limited effectiveness of lockdowns explains why, after one year, the unconditional cumulative deaths per million, and the pattern of daily deaths per million, is not negatively correlated with the stringency of lockdown across countries,” writes Allen. In other words, in his assessment, heavy lockdowns do not meaningfully reduce the number of deaths in the areas where they are implemented, when compared to areas where lockdowns were not implemented or as stringent.

Today, some 14 months into the pandemic, many jurisdictions across Canada are still following the same policy trajectory outlined at the beginning of the pandemic. Allen attributes this to politics.

He says that politicians often take credit for having achieved a reduction in case numbers through their lockdown measures.

“I think it makes perfect sense why they do exactly what they did last year,” Allen said.

“If you were a politician, would you say, ‘We’re not going to lock down because it doesn’t make a difference, and we actually did the equivalent of killing 600,000 people this last year.’”

You wouldn’t, he said, because “the alternative is they [politicians] have to admit that they made a mistake, and they caused … multiple more loss of life years than they saved.”

Allen laments that media for the most part have carried only one side of the debate on COVID-19 restrictions and haven’t examined the other side. Adding to the concern, he says, is that views contrary to the official government response are often pulled from social media platforms.

He says he has heard that even his own published study has been censored by some social media sites.

“In some sense these are private platforms. They can do what they want. But on the other hand, I feel kind of sad that we live in the kind of a world where posing opposing opinions is either dismissed, ignored, or … name-called, [and] in some ways cancelled,” Allen said.