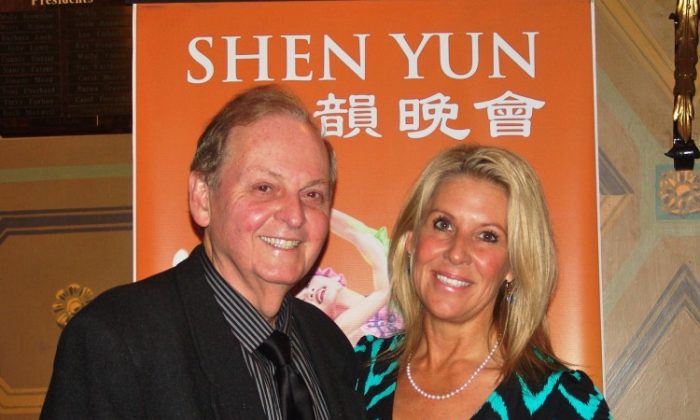 Professor Calls Shen Yun, ‘The beginning of something wonderful’

Roger Blackwell, retired Marketing and Cross Cultural Analysis Professor at Ohio State University, joined the appreciative crowd. The co-author of the widely used textbook “Consumer Behavior” said, “This is a beautiful way to communicate art forms that have obviously lasted thousands of years. It’s not only beautiful, but the technology is impressive. The staging is dramatic and beautiful at the same time.”

After seeing the world-renowned show for the first time Mr. Blackwell wished to tell his students and others, “Everyone should see it, and everyone should consider the…issues as well. They are important, because freedom to express one’s faith is something that, when it is not permitted, will eventually destroy the organizations that don’t permit it.”

He continued, “The second point would be that you have to learn to appreciate the beautiful things in life. And I appreciate beauty, which is one of the reasons I wanted to see this tonight. And I would encourage my students, who perhaps would not have thought about going.”

With him was Linda Blackwell who exclaimed, “Oh, it was fascinating, it was beautiful! The movement, it was just absolutely beautiful! Gorgeous!” Ms. Blackwell is a Marketing Assistant for Publishing Company Ohio State University Press

Like audiences world-wide, Ms. Blackwell was impressed by the Shen Yun orchestra, a unique blend of classical Western and Chinese instruments. “Oh, I loved that. I loved how they explained the orchestra—the difference between the Asian instruments and the American instruments. I thought it was fascinating.”

Referring to the spiritual aspects of the performances, Mr. Blackwell said it was, “One of the things that I was most impressed with. I’m a person of faith. I know there is a God. So to hear the baritone and the tenor sing of that … I appreciated the words almost as much as the music. The reference to faith is the beginning of something wonderful.”

Mr. Blackwell was moved by the scenes of classical China’s divinely-inspired ancient culture. Referring to references to the Divine he saw in the show, he said, “They’re very spiritual. The reference to the Divine is, of course, the beginning of becoming part of the Divine. And the Creator, I always believed that the reference to the Creator recognizes that we have something beyond ourselves. It is not a closed philosophical system but rather an openness to God’s presence. And if you believe that there is a Creator, then you have to believe that the Creator is capable of communicating with the creation. So that’s why reference to faith is the beginning of something wonderful.”

Summing up her experience, Ms. Blackwell said, “It was wonderful, very nice, very nice. We appreciate the kinds of diversity that you see in the audience – you see all ages.”