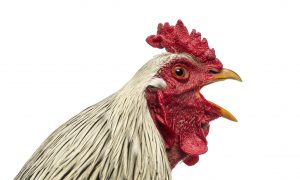 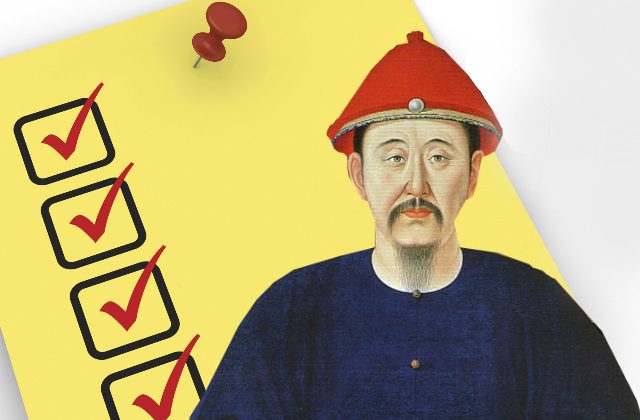 If you’ve read our article “A Day in the Life of a Chinese Emperor,”  it may have struck you just how little actual work Emperor Kangxi of the Qing Dynasty did on a daily basis in order to be effective.

Of his day, meetings made up only 1.5 hours. All other business was done over breakfast and lunch. The rest of the time was spent in his library reading, being entertained by song and dance, or in religious reflection. And yet he managed to expand and protect Chinese territories, foster trade with the West, compile a compendium of Tang Dynasty poetry, and catalog every word in the Chinese language.

Of course, he had a whole army of personal assistants, but judging by the research, Emperor Kangxi apparently knew something about how to make the most of his time and energy. Below are some tips to help you grow your empire without burning out.

Kangxi began and ended his day in meditation and worship—two hours upon waking, four before bed. In addition to helping the emperor get clearheaded and focused on his priorities, these hours acted as warm-up and wind-down sessions. As commuters know, hitting the ground running as soon as you wake up is not the best start to any day.

Productivity experts today caution against starting off the workday by checking emails because it allows others’ myriad demands dictate your activities. Meanwhile, you’ll have wasted your brain’s freshest hours on catching up, rather than on something proactive.

Instead, they recommend doing what Kangxi did: Start each day by planning out what you intend to accomplish. His first order of business was to review briefs bringing news from across the empire that helped him decide which officials he’d have to meet with at 9:30 a.m.—a prime hour for creative thinking and decision making.

Kangxi hacked that 3 p.m. get-coffee-or-pass-out feeling by avoiding doing any real work at that hour. By midafternoon, you would have found him relaxing with some poetry or watching a performance. Instead of plowing through one more report or email, it’s wise to get some variety in the afternoon.

The Chinese have the ancient concept of organ-hours—that certain biological processes and tasks are better suited to different hours of the day according to which organ systems are most active at that time. Similarly, modern researchers have come to understand circadian rhythms’ impact on productivity.

It seems so counterintuitive that to work better we should play more, but it’s true.

Stewart D. Friedman, the Practice Professor of Management at the Wharton School, found in an experiment that when people focus more on their families, communities, or personal development instead of work, their performance on the job actually increases along with general life satisfaction.

Emperor Kangxi put his time where his priorities were. A deeply spiritual and cultured man, he spent the bulk of his day in Buddhist prayer and engaging in the arts. These activities helped him connect culturally with his Chinese subjects, the bulk of whom were not of the same ethnicity as the Manchurian royal family.

Your boss, colleagues, clients, parents, neighbors, kids, and even your pets are always on the ready to hand you a laundry list of demands to keep you occupied from dawn to dusk. And that’s just you, a normal non-emperor. If Kangxi had done what most of us do (everything, to please everyone), his empire would have been in total chaos.

That’s why it’s smart that he engineered artificial scarcity in his schedule. Note that he only had meetings for 1.5 hours a day—no more, because that would have cut into his royal lunchtime.

You can do the same. It forces you and everyone else to choose only the tasks that make the most difference.

William C. Taylor, cofounder of Fast Company magazine, wrote that the best leaders are insatiable learners. Herminia Ibarra, author of “Act Like a Leader, Think Like a Leader,” would certainly back that up.

Both authors posit that an essential task of leadership is to constantly expose yourself to new people, activities, and environments, thereby breaking rigid concepts of one’s self. How often is it that we keep banging our heads on the wall trying to solve new problems with old tools and old ways of thinking? That’s no way to get ahead.

In Kangxi’s continuing self-education, he constantly read on topics of philosophy, history, literature, art, agriculture, military strategy, and governance. He regularly met with sages from various traditions, including Christian missionaries from abroad.

Lastly, Kangxi got his recommended eight hours of sleep, plus a nap in the afternoon. Sleep is essential to maintaining memory, good judgment, concentration, mood, as well as a host of biological functions like hormone regulation. The CDC names sleep deprivation a “public health epidemic.” For the modern person, sleep should be non-negotiable, whether we have empires to run or not.