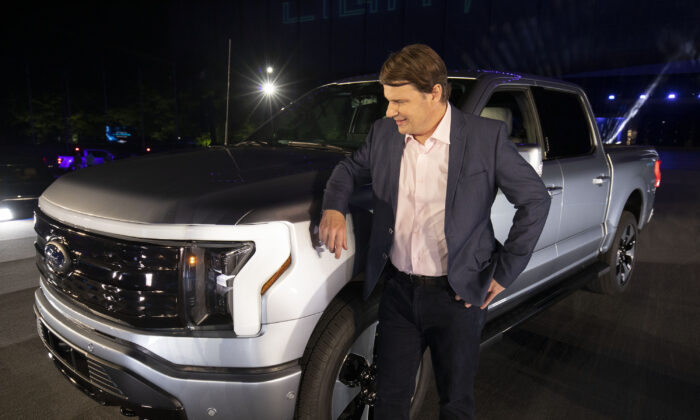 The Ford Motor Co. is dealing with a massive production backlog for an all-electric version of its iconic F-150 pickup, says the company’s CEO.

Ford CEO, Jim Farley, told the news channel that the automaker is doing whatever it can to meet the enormous demand for the vehicle which will soon be launched.

With the F-150 Lightning’s launch, the Dearborn, Michigan-based company aims to become the second-biggest global electric vehicle manufacturer by 2024 with an annual production capacity of nearly 600,000.

CNBC reported that the F-Series has been America’s best-selling vehicle for 40 consecutive years and top-selling truck for the last 45 years, outselling General Motors’ Chevrolet Silverado and Stellantis’ Ram pickup.

Now the company is busy hiring new recruits in its three Michigan facilities to meet delivery targets for the electric version.

According to Lisa Drake, chief operating officer of Ford North America, the automaker is planning on more “vertical integrations” for its EV components.

Drake told Reuters that Ford was working with five global battery manufacturers for its vehicles, including South Korea’s SK On and LG, China-based BYD and CATL, and Japan’s Panasonic. The company estimates to build 240 gigawatt-hours of production capacity globally.

Ford is experimenting with different battery types such as cobalt-free lithium iron phosphate and cell-to-pack structural batteries in a bid to lower costs.

Drake told Reuters that battery cell costs should be down to $80 per kilowatt-hour before 2030. The current costs for lithium-ion based packs are around $132 per kwh.

There are also plans on developing solid state batteries through a partnership with Colorado-based startup Solid Power.

Based on a survey of over 400 Lightning reservation holders, 25 percent were considering replacing their existing F-150 trucks, 40 percent had owned an electric vehicle previously and 11 percent are Tesla owners, reported electrek.com.