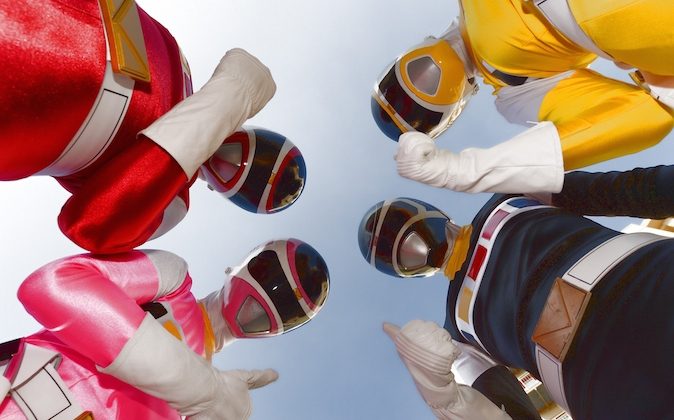 Power Rangers, which debuted in 1993, is one of the longest running and most influential childrens live action shows in US television history. (Robyn Beck/AFP/Getty Images)
Entertainment

On Monday, producer Adi Shankar and director Joseph Kahn released their take on the hit children’s television series “Power Rangers.”  The short film may be getting them into legal trouble with Saban Brands, the company that owns the rights to everything Power Rangers.

Kahn, who funded the movie out of his own pocket with no crowdfunding, said in a Tweet that Saban was “harassing” him in an attempt to shut the film down.

“Every image in Power/Rangers is original footage,” tweeted Kahn. “Nothing was pre-existing. There is no copyrighted footage in the short. I am not making any money on it and I refuse to accept any from anyone.”

Despite borrowing names and characters directly from the series itself, Kahn believes the film falls under fair use. According to the United States Copyright Office, copyrighted materials, including characters from TV shows and books, may in some cases be used without permission. That’s called fair use, and it can apply if the copyrighted material is not used to make a profit and does not affect the copyright holder’s ability to make money.

“I believe since concepts are only alluded to, and since there was no profit made, it’s technically under [fair use].”

MacNeal said that the situation was “absurd” but not uncharacteristic of Saban, who had successfully shut down other Power Rangers related fan-projects prior to Kahn’s film.

Jason David Frank, who portrayed Tommy the Green Ranger in the original “Power Rangers” series, said that the film was bad for the brand and would definitely have an effect on the market.

“The problem is that they’re still connected with adults and kids,” said Frank on a video he posted to his Facebook fanpage. “This still is a kid’s brand.

“You can’t take a brand like this and reboot it so dark and gritty because… you still have kids that wanna watch ‘Power Rangers.'”

The Power/Rangers short film is no longer on Vimeo or YouTube due to copyright claims. Watch an interview with producer Adi Shankar.