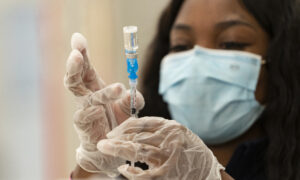 As of April 3, premium processing of H-1B visa petitions will be temporarily suspended. U.S. Citizen and Immigration Services (USCIS) said on March 3 that the pause will help reduce overall H-1B processing times.

USCIS said a “significant surge in premium processing requests over the past few years” and the high volume of petitions has rendered the agency unable to process long-standing petitions.

USCIS charges a $1,225 premium processing fee per application and guarantees a response within 15 days. Standard applications take between three and six months for a response.

The visa allows companies to employ foreign workers in specialty occupations that require the theoretical or practical application of “highly specialized knowledge, including but not limited to scientists, engineers, or computer programmers.”

Silicon Valley companies are the heaviest users of the H-1B visa, bringing in workers largely from India. In 2015, almost half of the 537,450 H-1B visas issued went to Indians. After India, the countries that benefit most are Canada, China, Mexico, the United Kingdom, and France.

The H-1B allows a foreigner to stay and work for three years, with options to renew the visa. Americans are unable to vie for the positions offered through H-1B visas—a point critics are trying to resolve through new legislation.

“Congress created these programs to complement America’s high-skilled workforce, not replace it. Unfortunately, some companies are trying to exploit the programs by cutting American workers for cheaper labor,” Sen. Chuck Grassley (R–Iowa) said on Jan. 19, the day before he and Sen. Dick Durbin (D–Ill.) introduced the H-1B and L-1 Visa Reform Act.

The bill requires all employers who seek to hire H-1B visa holders to first make a “good faith effort” to recruit American workers.

Under the new bill, the lottery system would be replaced by a preference system—giving priority to students being educated in the United States. The preference system also gives a leg up to advanced degree holders, those being paid a high wage, and those with valuable skills, the senators noted.

They said the bill would crack down on outsourcing companies that import large numbers of H-1B workers for temporary training purposes, only to send the workers back to their home countries to do the same job. Specifically, the bill would prohibit companies with more than 50 employees, of which at least half are H-1B or L-1 holders, from hiring additional H-1B employees.

No date has been set for the resumption of the H-1B premium processing service, but USCIS said the suspension may last up to six months.