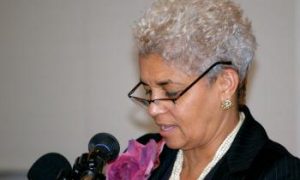 Fallen investment bank Lehman Brothers Holdings Inc. has been investigated by a court-appointed examiner regarding the largest bankruptcy case in U.S. history. However, the U.S. Securities and Exchange Commission (SEC) may not be able to prove that Lehman executives broke the law by hiding certain assets using an accounting maneuver called “Repo 105.”

According to a Wall Street Journal report, SEC officials are doubtful that they can muster enough evidence for criminal or civil charges against former executives.

Regarding Lehman’s former chief executive, Richard Fuld, the report by court-appointed investigators said that “there is sufficient credible evidence to support a determination that Fuld's failure to make a deliberate decision about Lehman's disclosure obligations was grossly negligent or demonstrated a conscious disregard of his duties."

Furthermore the report claimed that the officers might be liable to Lehman if the company is subject to liability as results of their actions. However besides Fuld, there was no evidence that suggested that other members of the board had breached fiduciary duty.

There have been so many setbacks to the investigation that latest reports reveal are pessimistic about bringing both civil and/or criminal charges against the former Wall Street giant, according to a Wall Street Journal report.

The crux of the issues rests on whether the Repo 105 accounting maneuver, a repurchase agreement, which enables an accounting procedure whereby a short-term loan becomes classified as a sale, is illegal. In summary the alleged sale, which becomes a down payment for a debt, results in a company being able to minimize its liabilities and balance sheet impact. This financial “sleight of hand” act was approved by its external counsel, and subsequently was not deemed to be inappropriate by its auditors, Ernst & Young LLP.

Although the SEC remains undecided about “Repo 105,” Ernst & Young is adamant about its legal grounds and s prepared to defend its position. Eric Schneiderman, New York’s attorney general, has been quoted to be “fully committed” to pursue the case further.