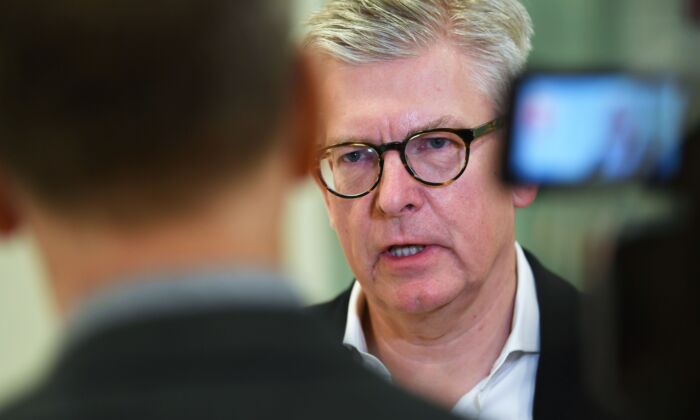 “Unusual expenses dating back to 2018” have been identified by the company, Ekhold told Dagens Industri, a local newspaper, according to Bloomberg. However, Ericsson is yet to determine the final recipient of the money.

“What we are seeing is that transport routes have been purchased through areas that have been controlled by terrorist organizations, including ISIS,” he said, adding that the company has spent “considerable resources” on understanding the situation.

Ekholm’s interview followed a press release issued by Ericsson on Feb. 15 that detailed the entire incident. In 2019, the company began investigating unusual expense claims from 2018 in Iraq. The investigation reviewed employees, suppliers, and vendors in Iraq between 2011 and 2019, and discovered “serious breaches” of the company’s Code of Business Ethics and compliance rules.

“It identified evidence of corruption-related misconduct, including: making a monetary donation without a clear beneficiary; paying a supplier for work without a defined scope and documentation; using suppliers to make cash payments; funding inappropriate travel and expenses; and improper use of sales agents and consultants,” said the company.

After discovering that the business had potentially made payments to ISIS, several employees were removed from the company. In addition, disciplinary and remedial actions were also taken, including closing gaps in Ericsson’s internal processes in the region and integrating the findings of the investigation into the compliance and ethics program. The company also terminated several third-party relationships.

However, the International Consortium of Investigative Journalists (ICIJ) expressed dissatisfaction at Ericsson’s response to the matter.

“Despite the statement from Ericsson, the company has not addressed specific questions put to it by our journalists in relation to a wide range of corrupt behavior in connection to its business in Iraq and elsewhere. ICIJ and its partners will publish our findings soon,” the organization said on the same day Ericsson that released its statement.

“Ericsson promotes a speak up culture and takes all reports of misconduct extremely seriously. In response to reported or detected concerns related to a breach of our Code of Business Ethics or legal obligations, we routinely conduct internal investigations. The 2019 Iraq investigation is one such example. Ericsson will thoroughly investigate any new information brought to light and take all appropriate actions,” an Ericsson spokesperson told The Epoch Times.

Back in 2019, Ericsson had settled a probe headed by the U.S. Justice Department and the Securities and Exchange Commission (SEC) by paying $1.1 billion.

The investigation focused on the company’s corrupt activities in countries like Vietnam, Saudi Arabia, and China. Ericsson was accused of bribing officials between 2000 and 2016 to gain customers, falsifying records, and not using reasonable accounting practices, violating the Foreign Corrupt Practices Act.

U.S. prosecutors determined last year that Ericsson had violated the terms of settlement as the company failed to provide the Department of Justice with specific documents.

According to analysts at Swedish bank Handelsbanken, the potential payments to ISIS likely form part of the justice department probe. The bank predicts Ericsson’s revelations to “likely harm the stock price.” Ericsson’s share price fell from around $115 on Feb. 15 to about $101 as of Feb. 16.