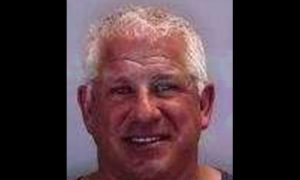 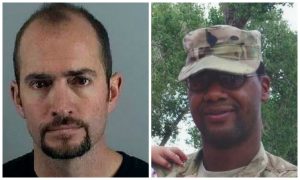 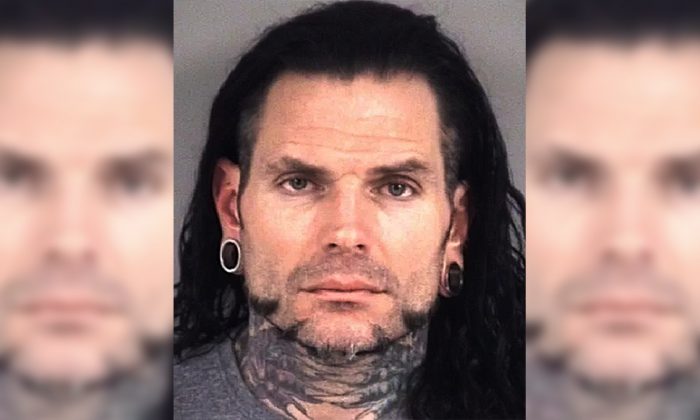 Jeff Hardy in a booking photo. (Cabarrus County Court)
Other US

CBS Sports reports that Hardy registered a blood alcohol level of .25 — well over the legal limit of .08 — when he was tested at the Cabarrus County Detention Center.

CBS Sports says that a police report indicated Hardy had lost control while driving north on Concord Parkway. Hardy’s car tore up over 100 feet of guardrail before spinning to a halt in the middle of the road.

Police on the scene estimated Hardy did $5,000 worth of damage to the guardrail and $8,000 damage to the 2016 Cadillac he was driving.

According to CBS, Hardy was not hospitalized; he was taken to jail and booked at about 10:30 p.m. He was released after booking, with an April 16 court date. His license has been suspended for 30 days.

Jeff Hardy already has a criminal history in North Carolina. Hardy was arrested in 2009 in his home in Cameron, the Charlotte Observer reports, and was incarcerated in 2009 for drug possession.

When arrested, he had 262 Vicodin pills, 180 Soma pills, about half a liter of an unspecified anabolic steroid, a residual amount of powder cocaine, and drug paraphernalia in his home.

The 40-year-old athlete has been out of action for several months while recovering from surgery.

Hardy had been part of a tag-team duo with his older brother Matt Hardy. While Hardy was laid up, his bother started a new story arc in the ongoing soap-opera drama which is professional wrestling, recreating himself as a new character.

It is uncertain if Hardy would have had to change his character, or split up the tag-team partnership, or if World Wrestling Entertainment Inc. (WWE), which produces various professional wrestling shows, would have eased Hardy out of the sport.

Jeff Hardy had already violated the WWE Wellness policy on two occasions, and was suspended for 30 days in 2007 and 60 days in 2008.

Violations could include the use of banned steroids, illegal drugs, or dangerous health conditions, such as concussions or cardiac issues.

A third violation would result in his WWE contract being terminated.

Drunk driving is not expressly prohibited under the WWE Wellness code.

However, the “morals” clause of the WWE booking contract (Section 9.13(a)) states this:

“WRESTLER shall act at all times with due regard to public morals and conventions during the Term of this Agreement.

“If WRESTLER shall have committed or shall commit any act or do anything that is or shall be an offense or violation involving moral turpitude under Federal, state or local laws, or which brings WRESTLER into public disrepute, contempt, scandal or ridicule, or which insults or offends the community … PROMOTER shall have the right to immediately suspend WRESTLER and/or terminate this Agreement pursuant to Section 12.”

A WWE representativer told Pro Wrestling Sheet, “Jeff Hardy is responsible for his own personal actions. We are investigating the matter and awaiting information from local law enforcement officials.”