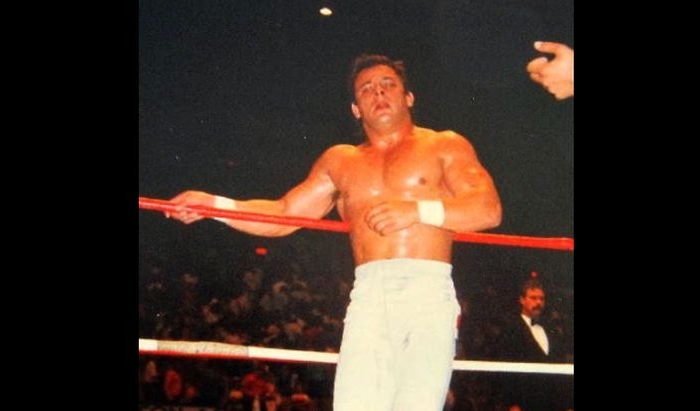 Former WWE wrestler Dynamite Kid, whose real name is Thomas Billington, died on his 60th birthday, according to reports.

The WWE confirmed his death on Dec. 5, but it did not offer many details, including the cause of death.

It deeply saddens me to announce the passing of Tom Billington the “Dynamite Kid.” 😭😢🙏I was really happy and glad I got to see Dynamite one last time last June in the UK. 🇬🇧 ❤️🙏. Dynamite was certainly an inspiration to myself and many others and really revolutionized pic.twitter.com/req7CWTdxm

Dynamite Kid was one-half of the popular duo The British Bulldogs along with Davey Boy Smith. They were involved in a number of classic professional wrestling matches in the 1980s and 1990s.

“WWE extends its condolences to Billington’s family, friends and fans,” the organization said.

“It deeply saddens me to announce the passing of Tom Billington the ‘Dynamite Kid.’ I was really happy and glad I got to see Dynamite one last time last June in the U.K.,” he tweeted.

He continued: “Dynamite was certainly an inspiration to myself and many others and really revolutionized professional Wrestling as we now [sic] it today. He flew high, and gave it his all every match. Thanks for everything and sad to have lost another family member. Rest In Peace Dyno.”

His wrestling trainer, Marty Jones, also wrote of his passing, saying it occurred on his birthday. “It’s with great sadness I have to inform you all that The ‘Dynamite Kid’ Tommy Billington on his birthday has passed away,” Jones tweeted. “A true British ambassador for wrestling worldwide. RIP ‘Kid’. Condolences to Mark and his family.”

The WWE noted that he was born in Golborne, Lancashire, England. Billington got the name Dynamite Kid because he was “undersized” but had “a ferocity and determination” that was a hit among fans.

“As a singles competitor, he made his mark in WWE Hall of Famer Stu Hart’s Stampede Wrestling in Calgary, Alberta, Canada, developing a style that was both technically brilliant and wildly aggressive. It was in Japan, however, where Dynamite Kid set a new standard for junior heavyweight competition in a legendary series of matches against Tiger Mask, which would influence an entire generation of competitors, and help set the stage for brands like WWE’s 205 Live,” the organization said.

In 1984, he joined the WWE with his cousin forming the British Bulldogs.

“ Alongside their mascot, an English bulldog named Matilda, the duo battled it out in classic matches against Bret ‘Hit Man’ Hart & Jim ‘The Anvil’ Neidhart of The Hart Foundation, and defeated Greg ‘The Hammer’ Valentine & Brutus “The Barber” Beefcake to win the World Tag Team Titles at WrestleMania II,” the wrestling company said.

In 1997, Billington had lost the use of his left leg and had to remain in a wheelchair for the rest of his life, Fox News reported. He also suffered heart problems and had a stroke several years ago.

Billington and his wife set up a GoFundMe several years ago, apparently showing the former wrestler in poor health.

The Dynamite Kid is survived by his wife Dot, and his two daughters Browyne and Amaris as well as his son Marek.

Davey Boy Smith, known as The British Bulldog, died in 2002 at the age of 39 of a heart attack.