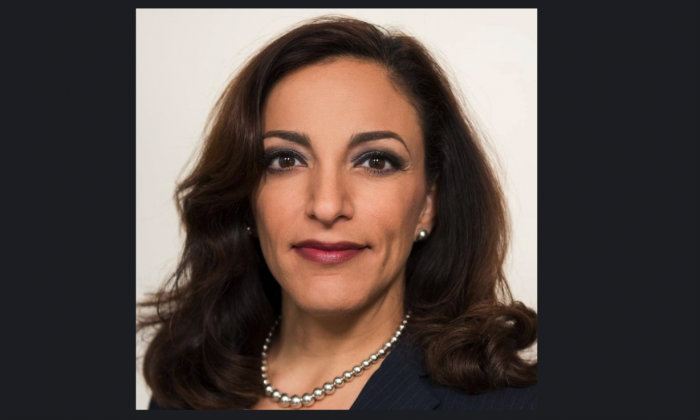 A headshot of Katie Arrington is seen in this handout photo obtained by Reuters on June 23, 2018. (Reuters)
Politics

Katie Arrington, who pulled off a surprise ouster of South Carolina Rep. Mark Sanford in a Republican congressional primary this month, underwent surgery on June 24 after a head-on car crash on the night of June 22 that killed one driver.

The 47-year-old state representative fractured her back and broke several ribs in the crash, and required a major surgery that included the removal of a portion of her small intestine and colon. The driver of the other vehicle died.

According to her campaign, Arrington will require several surgeries, including one to place a stent in a major artery that collapsed in her leg. She will remain hospitalized for at least two weeks.

“As we all know, Katie Arrington is an extremely strong woman and has tremendous faith and an incredibly supportive family,” the campaign statement reads. “And it is from her strong faith, the support of her family, the prayers and support of our community, and the incredible doctors and staff at the hospital, that she is certain she will be back to work for our state soon.”

Arrington was traveling to an awards ceremony with her friend when a vehicle traveling in the wrong direction hit their car. The identity of the other driver was not immediately released.

The Republican candidate describes herself as a conservative leader, a businesswoman, a defense contractor, and a military mom. She cast her opponent, Sanford, as a “never-Trump” Republican. She received a late endorsement from President Donald Trump on the day of her election.

Trump issued a message of support on June 23. “My thoughts and prayers are with Representative Katie Arrington of South Carolina, including all of those involved in last nights car accident, and their families,” he wrote on Twitter.

Sanford, Arrington’s opponent in the primary, also sent his thoughts and prayers.

Arrington’s friends organized a special prayer service for her at a local church in Charleston on June 24. On social media, messages of support poured in from Democrats and Republicans alike.