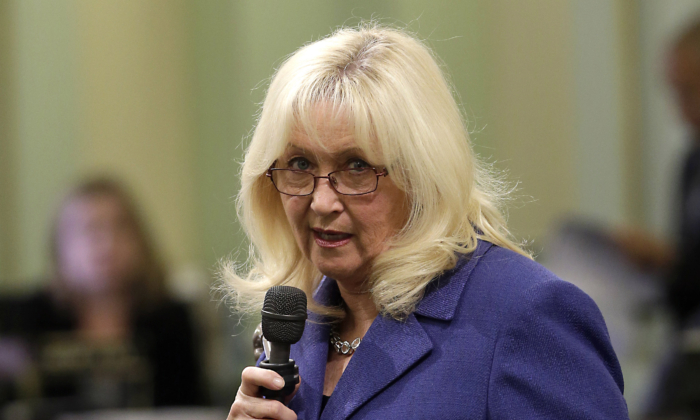 Conway will serve the remainder of the congressional term ending Jan. 3, 2023.

Conway, a small business owner and staunch advocate for farmers, was appointed by Trump to serve as executive director of the U.S. Department of Agriculture Farm Service Agency in 2019.

“I thank the Valley’s voters for placing your trust in me to represent you in Congress,” she said in a press release. “I’ve listened closely to your concerns, and I assure you that I will give you a strong, unwavering voice in Washington that will stand up for you, your beliefs, and your interests.”

Conway has promised to take her decades-long battle for conservative values to Washington, D.C.

“In Congress, I’ll take the fight to Nancy Pelosi. I’ll fight Washington’s reckless spending, which is causing inflation, higher food and gas prices and leaving our kids an unpayable debt,” Conway states on her campaign website.

She has vowed to keep pushing to ensure farms and dairies get enough water and to create “good-paying jobs” in the region.

Hubbard, a progressive Democrat, advocates for increased government spending on social programs, including “medicare for all,” and the elimination of “pre-existing medical debt.” He also condones taxpayer-funded education from pre-kindergarten to college, and debt forgiveness on student loans.

A supporter of Black Lives Matter and progressive “social justice” policies, Hubbard seeks to abolish Immigration and Customs Enforcement (ICE) and halt the deportation of illegal aliens classified as non-violent criminals, according to his campaign website.

He also wants to end “sweetheart tax breaks” and “break up Big Ag.”

Hubbard, who has served as a manager at the Central Valley Regional Water Quality Control Board, advocates for “sustainable agriculture by providing financial support and incentives to farmers that adopt climate-friendly techniques and practices,” and has called for more investment in renewable energy to bring about a “green industrial revolution.”