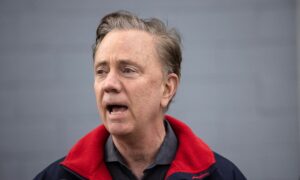 Aaron Rajman, a teammate of several UFC stars, was shot and killed in a home invasion in Boca Raton, Florida, according to local officials.

The Palm Beach County Sheriff’s Office said that several men got into a fight with the man after entering his home on Monday. At least one shot was fired before they left, the Orlando Sun Sentinel reported.

Detectives said they’re treating it as a homicide and they have no motive for the shooting.

“I’m just literally at a loss for words. Everyone I talked to is sickened,” said Dave Zalewski, a fight promoter based in Miami who was also a friend of Rajman. “He was the most humble guy around, he never talked bad about people.”

Rabbi Zalman Bukiet, who is the head of the Chabad of West Boca Raton, told WPTV: “This was a special young man who had a heart of gold. It’s a tragedy.”

Zalewski said that for Rajman, who is Jewish, faith played an important role in his life.

“I don’t understand how somebody could do this to such a great soul,” family friend Jonathan Lirette told the Palm Beach Post.

He trained at American Top Team, which has produced several UFC champions and is one of the top gyms in the world for MMA fighters.

The MMA South Florida Facebook page posted, “The world lost another warrior today. R.I.P Aaron Rajman. You will be missed.”