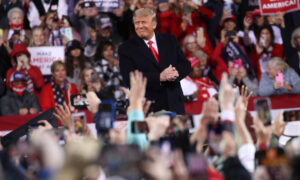 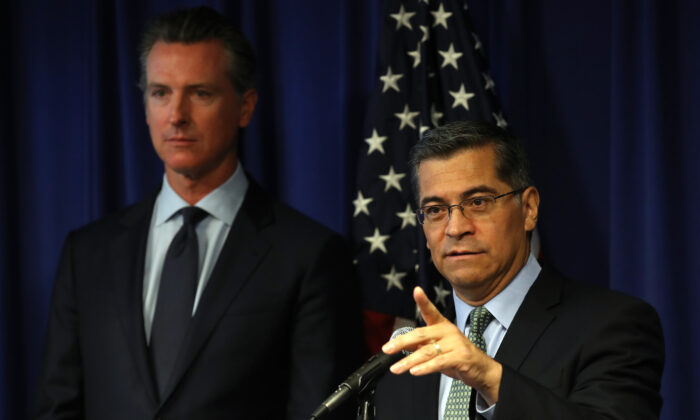 Pro-life and religious liberty advocates see dark days ahead if California Attorney General Xavier Becerra is confirmed by Congress as secretary of the Department of Health and Human Services (HHS).

Former Vice President Joe Biden has said he will nominate Becerra to the post if he’s inaugurated on Jan. 20. If Becerra is confirmed, he would be the first Hispanic holder of the position.

Becerra at HHS presents a grim prospect for pro-life and religious liberty advocates interviewed this week by The Epoch Times.

“Becerra will be anything but moderate when it comes to abortion and religious freedom,” Alliance Defending Freedom (ADF) senior counsel Denise Harle told The Epoch Times.

Harle said ADF “had to go all the way to the Supreme Court to stop Becerra from forcing religious pro-life pregnancy centers to advertise for abortions.”

“Becerra also continued the prosecution of pro-life journalists that was started by then-Attorney General Kamala Harris,” he said. “And while churches in California had to wage court battles in order to open their doors, abortion facilities have been treated as ‘essential’ businesses.”

The result, Harle said, was that Becerra effectively gave “the abortion industry a free pass to continue exploiting women throughout a pandemic.” “Becerra’s record shows that he has no regard for conscience or protecting life,” he said.

Similarly, Susan B. Anthony List President Marjorie Dannenfelser told The Epoch Times: “Becerra is aggressively pro-abortion and a foe of free speech. As attorney general of California, he continued what his predecessor, Kamala Harris, started by persecuting citizen journalists who exposed Planned Parenthood’s role in baby parts trafficking. And in Congress, he voted for partial-birth abortions.”

If confirmed by the Senate, Becerra would take over day-to-day administrative and policy management of a department with more than 80,000 federal employees and a $1 trillion budget.

Butterfield’s take is especially significant because he’s a former senior adviser for conscience and religious freedom at HHS under Trump, where he launched a new division dedicated to protecting religious freedom in health care.

Being based in Southern California, Advocates for Faith and Freedom President Robert Tyler has tangled multiple times with Becerra, as well as Sen. Kamala Harris (D-Calif.), his predecessor as state attorney general. Tyler worries about Becerra’s role in shaping federal policy on CCP virus prevention.

“As attorney general, he defended the state government’s desire to force pro-life pregnancy clinics to deliver contact information for abortion providers, and this law was held unconstitutional by the U.S. Supreme Court,” Tyler, also a partner in the Tyler & Bursch law firm, told The Epoch Times.

“Now he’s being put in a powerful position on a federal level that will certainly lead to the unconstitutional imposition of national mandates related to COVID-19 and other controversial issues.”

Whether Becerra ultimately gets that powerful position depends most immediately on the outcome of Georgia’s two Senate races on Jan. 5. At stake are the seats of Republican incumbents David Perdue and Kelly Loeffler.

If Republicans win one of the races, they’ll retain control of the Senate and name the new chairman of the powerful Senate Committee on Health, Education, Labor and Pensions (HELP) that will consider a Becerra nomination. If Democrats win both of the Georgia races, they’ll control the Senate, including the HELP panel, assuming Joe Biden becomes president.

Republican HELP members have been somewhat reserved to date regarding the possibility of a Becerra nomination.

“Nice person. I just don’t know what expertise he has in health care,” Sen. Bill Cassidy (R-La.) told the Los Angeles Times. Cassidy is an influential voice on HHS issues because he’s a physician.

Becerra could face an ethics issue, thanks to Sen. Mike Braun (R-Ind.), who released a statement noting that the California attorney general “has accepted over $1,000,000 in donations from the big healthcare industry,” based on data from OpenSecrets.org.

Braun, a member of the HELP committee, also noted that Becerra has a 100 percent rating by Planned Parenthood, the pro-abortion organization exposed by pro-life journalist David Daleiden for selling body parts, including heads, of aborted babies.

Becerra brought 15 criminal charges related to the use of undercover cameras against Daleiden and his colleague, Sandra Merritt. The charges are unresolved, and Daleiden has sued Becerra and Harris for violating his civil rights.