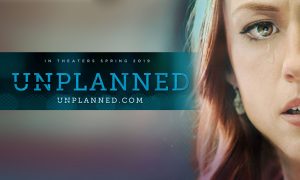 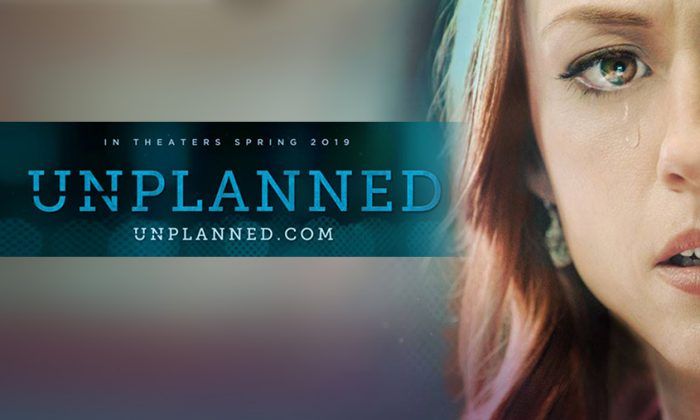 A film that tells the story of a Planned Parenthood clinic director turned vocal pro-life activist has been effectively shut out of Canadian movie theatres, according to the film’s website. A notice on the website says, “’Unplanned’ is not coming to Canada. Theatres have refused to allow the movie to be seen.”

Chuck Konzelman, the film’s co-director and co-writer, told Grandin Media that “Unplanned” was rejected by virtually every Canadian distributor.

He said Canada’s two largest movie theatre chains, Cineplex Entertainment and Landmark Cinemas, refused to screen the film, citing the content as being the issue rather than a lack of consumer demand.

“And this follows on the heels of universal rejection every Canadian distributor we approached, and whose participation is required—by law—in order to exhibit a film theatrically throughout much of Canada,” he said.

The movie follows the story of Abby Johnson, a former director of a Planned Parenthood clinic in Texas who later became an anti-abortion activist after seeing an ultrasound-guided abortion of a 13-week fetus, which shocked her.

“Seeing that child fight and struggle for his life against the abortion instrument” made her realize “there was life in the womb, humanity in the womb,” Johnson said, according to Grandin Media.

What is keeping the Canadian gov’t & film industry from welcoming #UnPlanned? #WhatDidAbbySee that they don’t want their people to see?#UnPlannedtheMovie #Censorship #WednesdayWisdom #WomensRightsAreHumanRights https://t.co/y54PGyXvk8

A modest $6 million production by Pure Flix, the film so far has earned more than $18 million during its run in the United States, according to its Facebook page. The role of Johnson is played by Ashley Bratcher.

In Canada, almost 3,000 people watched the movie at the Edmonton Expo Centre on May 14, its first and only public screening in Canada. It was previously screened twice in Ottawa, once for members of Parliament and once after a press conference held by the film’s producers in Ottawa.

It also ran into some hurdles south of the border, receiving an “R” rating from censors for portraying abortion and some TV networks refusing to sell advertising time for the movie. Google Ads also blocked commercials for the film.

A few years after leaving Planned Parenthood, Johnson started the organization And Then There Were None to help other abortion clinic workers leave the industry. According to its Facebook page, the organization has helped more than 500 abortion industry employees leave.

Konzelman told a U.S. Senate Judiciary subcommittee in April about the film’s impact on workers leaving the abortion industry.

“After about 10 days after release, we have had approaches through Abby Johnson’s organization And Then There Were None, which transitions workers out of the abortion industry, I believe we have something approaching 1 percent of the abortion workers in the United States seeking help to leave the industry,” he said.

Konzelman said 94 workers have reached out to the organization. He said there are about 700 clinics nationwide, and if they all had 12 employees, the figure would represent about 1 percent of abortion workers nationwide.

Planned Parenthood is the largest abortion provider in the United States. It conducted 332,757 abortions in 2018, according to its 2017–2018 annual report (pdf).