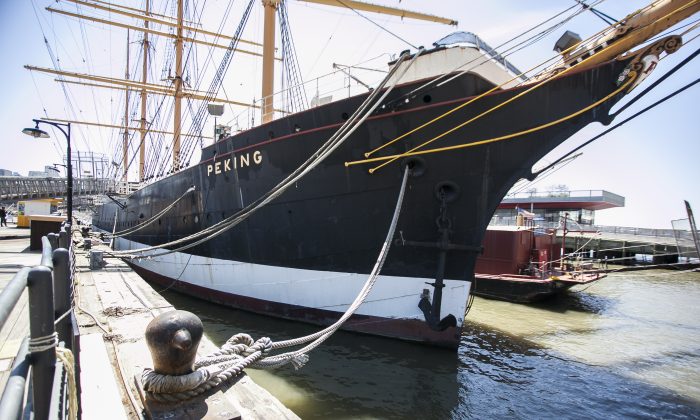 The Seaport Working Group was created by the New York City Economic Development Corporation (EDC) earlier this year. As a member, Save Our Seaport has kept an eye on the proceedings.

In our view, it is becoming obvious that the Seaport Working Group is being steered through a flawed process designed to resemble participatory consensus building. In reality, the NYC EDC is trying to create a belated cover to legitimize what it has always wanted to do: unilaterally assign and privatize all unique and irreplaceable Seaport Historic District public piers, properties, and land for the benefit of the developer, Howard Hughes Corporation.

Rather than create a master plan to re-establish their potential to celebrate the city’s maritime past and present, EDC would offload its own failed responsibility for maintaining, programming, and managing these cultural and historic sites.

The Seaport District is a public asset, in the way that Central Park is. If parts of that asset are broken and need fixing, then a way will be found to fix them. If, for example, the Sheep Meadow were to need an expensive new drainage system, no one would propose selling off corners of Central Park to developers as a way to pay for that work. Rather, we would roll up our sleeves and find a way to rehabilitate this iconic destination enjoyed by millions of New Yorkers and visitors every year.

The Seaport Historic District should be considered no differently. It is what is left for us of the city’s oldest seaport: It is from here that New York, and the nation, grew. It is more relevant to our history than most any other part of town. It is an irreplaceable asset that was secured and preserved by forethought, planning, vision, generosity, and, yes, money.

We should not cede it to any bidder, let alone without a bid at all. New Yorkers can and do think more of themselves, and can demand more for themselves. Simply because EDC and its chosen developer want something does not mean they get to have their way. When EDC wanted to hand over the Kingsbridge Armory to a shopping mall operator, the community rose up and demanded something better.

The Seaport Working Group is billed by EDC as an attempt to obtain consensus, adding a “pre-certification” step to the uniform land use review procedure (ULURP) that Hughes would like to begin, despite huge community and citywide objections to their plans. The Seaport Working Group includes the elected officials who represent Lower Manhattan; the EDC-“designated” developer, Howard Hughes Corporation; Manhattan Community Board One; the Downtown Alliance; the Blue School; the Lower Manhattan Cultural Council; the Manhattan Chamber of Commerce; the Old Seaport Alliance merchants’ association; Save Our Seaport; and a mix of Lower Manhattan residents.

Notably absent are the New Amsterdam Market and the South Street Seaport Museum, despite their decades of activity and advocacy in the Seaport. They were excluded due to so-called conflicts of interest (although this same standard was not applied to Howard Hughes Corporation.)

Save Our Seaport and its coalition allies will continue fighting to prevent the loss of public assets and public space in the Seaport District, a resource that belongs to America’s history.

David Sheldon is a coordinator and member of the community advocacy group Save Our Seaport. For more information please visit www.saveourseaport.org.