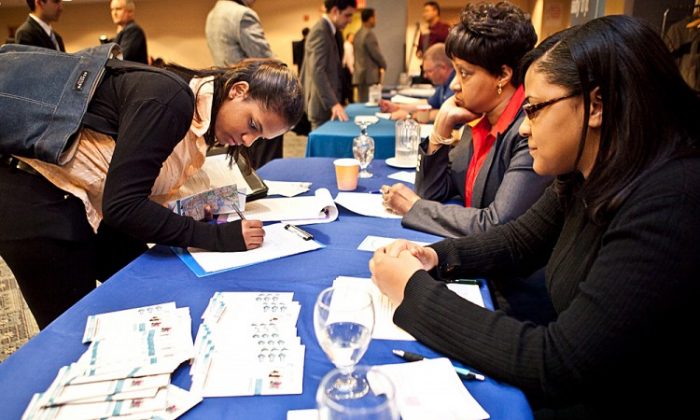 A woman fills out an employment form at a job fair in Midtown Manhattan on April 18. (Amal Chen/The Epoch Times)
US

NEW YORK—The private sector in New York state has fully regained all of the jobs it lost during the last recession, being among only five states who have done so, labor statistics released by the New York State Labor Department on Thursday showed.

“The statistics show New York grew and continues to grow jobs in the private sector, and we are seeing that growth reflected in the number of job seekers returning to work,” remarked Bohdan Wynnyk, deputy director of the Division of Research and Statistics at the State Labor Department.

However, last month’s change did not affect the private sector unemployment rate, which stood at 8.5 percent in April, slightly higher in comparison to the nation’s figure of 8.1 percent.