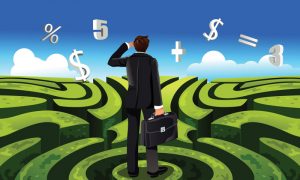 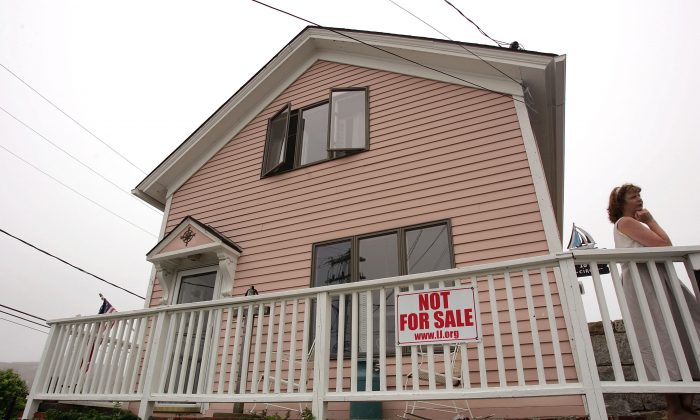 Susette Kelo stands outside her home, in the Fort Trumbull area of New London, Connecticut in this file photo. The U.S. Supreme Court ruled in 2005 that the stimulation of economic development is a suitable use of the government's power to seize private property. However, it's private property that's fundamental to every human right and liberty. (Spencer Platt/Getty Images)
Viewpoints

Private Property: The Solution to Many Problems

Public policy always spawns some thorny questions. Like: Should women be allowed by law to breast feed in public?

On the debit side of this question, this practice might “trigger” some “snowflakes” who will have to seek “safe spaces” with puppy dogs and clay and coloring books. On the positive side, squally babies wait for no man, well, woman—there still is a difference between them, the views of some to the contrary notwithstanding. It is imperative that the next generation be fed as soon as possible.

Another one: Should public elementary and middle schools require the wearing of uniforms? On the one hand this would promote a positive feeling of camaraderie, presently enjoyed by soldiers, policemen, members of athletic teams, choruses and orchestras. Certainly, no young person would then be teased, or bullied, for his choice of outerwear. On the other, it might be argued, such a rule would engender a needless and possibly harmful sense of conformity. These children are at an age when their individuality should be developing.

What about women going topless during the summer on public beaches and swimming pools, to say nothing of the highways and bi-ways? Men are allowed to do so and since few of them don t-shirts or equivalent clothing on these occasions we may deduce that it is more comfortable to go half undressed. Is it fair that males are treated better than females in the manner? It is difficult to see why this would be true. However, there is another side to this matter.  Just as in the case of breast feeding, some people, perhaps many, representing not one but both genders, would be offended by women going half-naked during the summer, though it would be more comfortable for them to do so.

How are determinations commonly made in instances such as these? It is through the political process. We decide them by majority vote, either via a referendum or by democratically electing representatives at the city or state level, who then choose. They are the “deciders.”

There is more wrong here than you can shake a stick at. For one thing, there are winners but also losers. Some will always be disappointed.  For another, this process tends to shred the always delicate social fabric. The last thing we need if so more enmity to be created among the citizenry. As well, it is just not fair to compel people do things against their will (wear a uniform), or to prohibit them from engaging in acts that are not per se rights violations of other people’s rights like exposing the top part of your body.

How can we have our cake and eat it too? What is the way to satisfy all concerned? Consider yet another case along these lines. How shall we solve the issue of whether restaurants should offer table cloths or not, and, if so, of what color, pray tell? Simple. Every eatery decides this question for itself, and then customers sort themselves out on the basis of their preferences. Also, bistros are led by Adam Smith’s invisible hand to comply with consumer wishes. If they do not please their clientele they risk bankruptcy to that extent. This procedure works without fuss or fanfare and also covers issues such as opening and closing times, menu selection, whether to offer music or televisions, etc.  No one is disappointed. We can all have our own way by patronizing stores that reflect our values.

But imagine if restaurants were all owned and managed by government. Then, we would be placed in the difficult position that now perturbs us concerning breast feeding, school uniforms, toplessness, etc. The minority—and sometimes the majority—under the democratic political system would continually be wailing and gnashing its teeth.

What lesson to draw from all of this? Privatize, privatize, privatize. Turn as many public, state-run arena as possible (strict libertarians would say all of them without exception) over to private enterprise, conservatives prefer to keep some in state-hand. Then the problem would in effect disappear:

Privately owned but publicly accessible buildings and open areas could allow or disallow breastfeeding. Some private schools will have school uniforms as part of their rules of engagement, some won’t. Some beaches and pools will allow nudity, some won’t. And we get to chose every single time which one we would frequent. On top, we get the option to change our minds more often than every couple of years.

With economic freedom, each establishment (whether indoor or outdoor) decides for itself. Diversity would result. Bars and grills might allow cigarettes and cigars at all hours, and even encourage this practice. Health food emporiums would ban it altogether. Intermediate businesses might allow it but only on certain hours or days, and or locations (smoking sections). In that way, everyone’s tastes can be satisfied.

Except, that is, for busybodies who like to rule other people’s lives. There is a low run in hell reserved for such reprobates. One of their arguments is that health conscious employees should not be forced to put up with what they regard as unsafe working conditions. Why ever not? Policemen and firemen do so. These are dangerous occupations. Ditto for test pilots.

But in the free society not only would customers sort themselves out on the basis of these entrepreneurial decisions, but so would employees. Another is that smokers will increase the costs of socialized medicine, and the entire electorate will have to pay these additional charges.

The answer to that is to make socialist health care voluntary. Then, no one has to pay anyone else’s bills. Private ownership and competition have an answer for everything, it’s just that in the times of “government should take care of everything” we don’t get to hear it often.