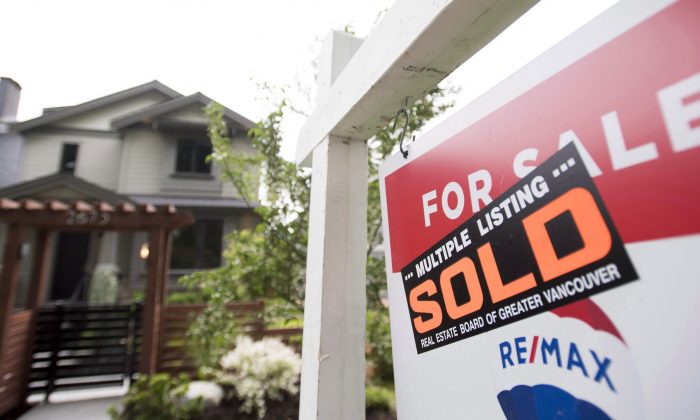 The housing affordability crisis is impacting a range of actors and the federal government has proposed solutions to address it, but private mortgage insurers warn that reducing premiums on insured mortgages could have the unintended consequence of reducing market access to prospective buyers.

“We believe that it will be imprudent to alter the mortgage insurance pricing structure when things remain so volatile. The risk of unintended consequences is too great,” said Stuart Levings, president and CEO of Sagen Mortgage Insurance Company Canada.

“For example, if prices are lowered arbitrarily, mortgage insurers will be forced to reassess risk and there is a real possibility that will lead to tighter underwriting with the effect of making homebuyers who would have qualified for a mortgage today, unable to do so in the future.”

Levings was testifying before the Standing Committee on Finance on April 4, along with his competitor in the private domain, the Canada Guaranty Mortgage Insurance Company.

During the last election campaign, the Liberals promised to reduce the price charged on mortgage insurance by 25 percent by the Canadian Mortgage and Housing Corporation (CMHC), a crown corporation that is the other player in the field.

Canadians who put less than 20 percent for a house downpayment need to get mortgage insurance, which lenders field to one of the three insurers.

“I would point out to the committee that mortgage insurance premiums are derived from an actuarial analysis based on capital levels and shares acquired to retain claims payment capability during a variety of stress scenarios and economic downturns,” said Andrew Charles, president and CEO of Canada Guaranty.

“Minimum capital levels are set by Canada’s federal regulator OSFI [Office of the Superintendent of Financial Institutions] and are a key part of Canada’s financial stability. Arbitrarily reducing premiums without the appropriate actuarial analysis would be a concerning precedent and would weaken Canada’s housing finance system.”

The measure promised by the Liberals was geared toward the CMHC, but Charles explained that the CMHC has historically been the price maker: if it lowers premiums, private insurers would need to follow to not lose business.

There is one promise made by the Liberals on mortgage insurance that Levings and Charles agree with and they both cited as a top priority to get with the times: increasing the 2012 cap of $1 million on insured mortgages.

Some first-time homebuyers in hot markets like Toronto and Vancouver would need their mortgages insured to make their first purchase, but can’t do so due to houses being priced over $1 million.

“This maximum cap of a million dollars for a home purchase price is now a key factor in reducing accessibility for prospective first-time homebuyers in the Greater Toronto Area and the Greater Vancouver area, where over 50 percent of home purchases are over the million-dollar cap in these two key markets,” said Charles.

The Canadian Real Estate Association said in mid-March that the Home Price Index rose a record 3.5 percent month-over-month in February, and a record 29.2 percent year-over-year, with the national average home price also at a record of $816,000.

Levings said there’s a  need to level the playing field for first-time homebuyers, who have to qualify for a mortgage with a 25-year amortization period, whereas other buyers can opt for 30 years.

He said this would be somewhat inflationary by increasing the demand side, but argued that since first-time homebuyers represent between 15 and 20 percent of the market, “they’re not really the inflationary force.”

The Liberal government has put in place some measures to facilitate the purchase of a first home, such as the First-Time Home Buyer Incentive or the Home Buyer’s Plan.

Conservative MP Adam Chambers asked the CEOs if the government should stimulate demand at this time.

“Do you think in this current market environment that now’s the time for additional demand side proposals from the government?” he asked.

“It’s a very difficult question because I’m very sensitive to piling on stimulus in a marketplace that is particularly heated,” answered Charles, while mentioning the need to increase the $1 million cap for first-time buyers.

“I would agree and I would add that the 30-year [amortization] is perhaps the one other measure that I would consider appropriate, but nothing beyond that,” Levings said.

Both CEOs also concurred in saying that the fundamental issue driving home prices is the lack of supply.

Charles said municipal policies are “out of sync with Canada’s immigration policy and growth aspiration.”

Levings said the federal government “should do everything it can to boost supply of housing that is affordable, not just affordable housing,” by working with provinces, municipalities, and the private sector.

While the issue of supply has been a long-term problem in Canada, Charles and Levings explained how the pandemic played a role, with some homeowners being less eager to move and others moving away from city centres in search of more space, driving up the prices in those areas.

The private insurers were also questioned about the risk of increased mortgage defaults in the face of rising interest rates, but they said what drives defaults is typically unemployment and not rising rates.

Since homebuyers need to pass a stress test and qualify for a mortgage of 5.25 percent, Canada Guaranty chief risk officer Curtis Gergley said he doesn’t foresee an issue if interest rates climb to 2 percent.

“We wouldn’t start to have any difficulties until you got into maybe like a 4 or 5 percent increase in interest rates, which when you look at forecasts, no one is forecasting at the moment,” he said.

The Bank of Canada’s next rate announcement is scheduled for April 13. It previously rose its overnight rate by a quarter point on March 2 in the first of an expected number of hikes this year to try to cool rampant inflation, which sat at 5.7 percent in February.