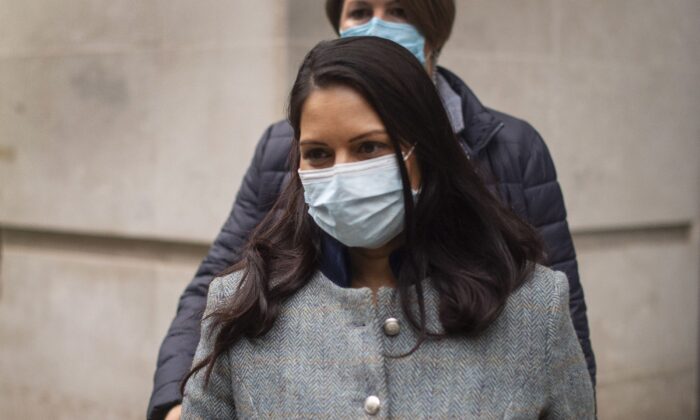 In a keynote speech on Monday, Patel vowed to deliver a system that works for the “law-abiding majority” and against those who seek to “abuse our hospitality and generous spirit.” She also launched the U.S.-style Electronic Travel Authorisation (ETA), which requires visitors to the UK to obtain an electronic permit before travelling.This would make the border more secure, with automatic checks allowing the government to “count people in and count people out” of the country, providing a “far clearer picture of who is here, and whether they should be,” she said, adding, “And we will act when they are not.”

ETAs will be required by anyone without a visa or immigration status—although they will not be needed by Irish citizens—with ministers promising the system will be operational by the end of 2025.

In her speech to a conference organised by the Bright Blue and British Future think tanks, Patel said: “So to the question ‘what’s next for immigration?’, the answer is wholescale reform of the system. Anything short of that would not be fair, would not keep our country safe, and would not meet the demands of the British people I serve. They want a new system that works for the law-abiding majority and against those who hope to abuse our hospitality and generosity. One that welcomes those most in need of sanctuary and slams the door on dangerous criminals. One that attracts top talent from around the world. Our immigration system is broken and we will fix it.”

She vowed to remove the “layers of sticking plaster” she claimed had been placed on the system since the 1970s as she described the “broken system” as “unwieldy,” with its costs having “rocketed to £1 billion this year.”

The plans would cut ways of entering the country illegally to crack down on people smugglers, Patel said, adding, “We are coming after these gangs,” reiterating plans for them to “face the full force of the law” with tougher sentences.

Asked how the changes would affect migration numbers, she said she would not be drawn on the “language of old” about targets but insisted the reforms were about greater accuracy in the system and “crucial” simplification.

The speech comes after the government set out plans in the Queen’s Speech earlier this month to toughen laws to deny refugee status to any asylum seekers who have passed through a safe country before reaching the UK.

The proposal was condemned by the United Nations refugee agency and by charities who said it would be a betrayal of Britain’s historic tradition of providing protection to people fleeing persecution.

Patel insisted the country still wanted to help those “fleeing persecution and oppression” but said, “The concept of open borders” is a “flawed one,” adding, “It is an undeniable fact that immigration has, and continues to enrich in every sense of the word, our nation, immeasurably.”

After the speech, Chief Executive of the Refugee Council Enver Solomon said, “Refugee protection is and always should be a great British value” while Bella Sankey, director of Detention Action, described the plans as “doomed,” claiming they could lead to “traumatised” refugees being “punished.”

Liberal Democrat home affairs spokesman Alistair Carmichael warned the plans could be “damaging” and may cause problems for employers hiring staff from overseas.

He also highlighted concerns previously raised over the “staggering” cost of failures in border security technology after a Home Office plan to modernise computer systems was delayed by three years.

In March the Public Accounts Committee (PAC) said delays to the Digital Services at the Border programme (DSAB) have cost the taxpayer £173 million so far and Border Force staff are having to use out-of-date technology to decide who is allowed into the UK.