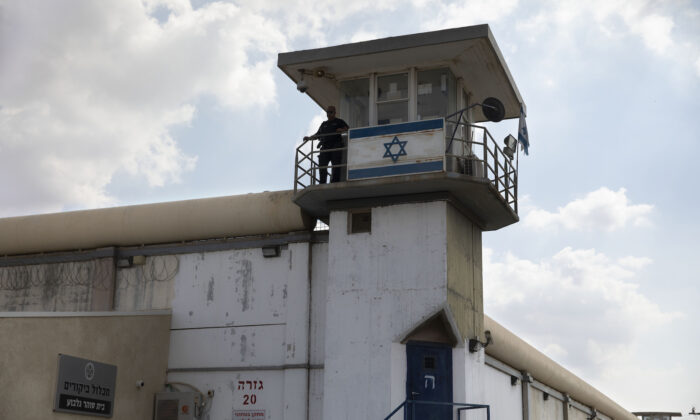 The fugitives, five Islamic Jihad members and former senior commander Zakaria Zubeidi of the Israeli-designated terrorist group Al-Aqsa Martyrs Brigade, escaped from Gilboa prison, located in the north of the country, through a tunnel dug beneath their cell’s drainage system.

Israel Prison Service (IPS) Chief Arik Yaakov said the escapees appeared to have accessed passages formed by the prison’s construction after opening the hole from their cell’s toilet floor.

“Six prisoners escaped by means of an opening that was discovered in their cell,” the IPS said in a statement, calling it an extremely rare breakout.

Four of the men were serving life sentences for capital crimes.

According to various local media reports, the fugitives were reportedly between the ages of 26 and 49 and were jailed for being involved in attacks on Israel about two decades ago.

“There is no reason to change your routines, but there will be large numbers of troops within the cities of Afula and Beit She’an and in other towns,” Shabo said in a statement, The Times of Israel reported. “I do request additional awareness of anything suspicious.”

Israeli officials said they’ve erected roadblocks and are conducting patrols in the area. Israel’s Army Radio stated that 400 prisoners are being moved as a protective measure against any additional escape attempts.

Video footage of the hole through which a prisoner escaped was shared widely on social media, suggesting a scene from the iconic prison break film “The Shawshank Redemption,” in which Portland banker Andy Dufresne, the main character, escaped to freedom through a sewer pipe after passing through a hole he dug in his cell’s wall.

Israel’s prime minister, Naftali Bennett, called the escape a “grave incident” that required a maximum effort response by Israel’s various security branches. He said he was receiving constant updates on the prison break, which occurred just hours before Israel was to mark the Jewish New Year.

“This is a great heroic act, which will cause a severe shock to the Israeli security system and will constitute a severe blow to the army and the entire system in Israel,” said Daoud Shehab, a spokesman for the Islamic Jihad.