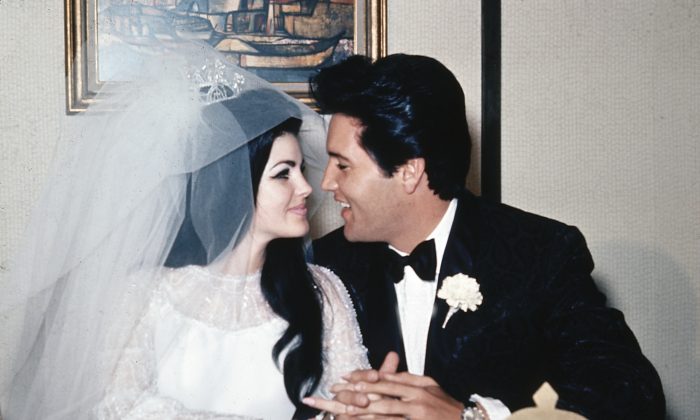 Singer Elvis Presley and his bride, the former Priscilla Beaulieu, appear at the Aladdin Hotel in Las Vegas, after their wedding, in this file photo. (AP Photo)
Entertainment

Priscilla on Life With Elvis: ‘Truly Lived in a Bubble’

Priscilla Presley has opened up about her life with Elvis, saying she “truly lived in a bubble” with the superstar.

Presley began dating Elvis when she was 14 and he was 24. She tells British chat show “Loose Women” on the ITV network that she didn’t have her teenage years “as a normal girl.” She says she had to “adapt” and lost herself in Elvis’ life.

The pair got married when she was 21 in 1967 and divorced in 1973. The 71-year-old Presley says although Elvis was the love of her life, she left because she “needed to find out what the world was like.”