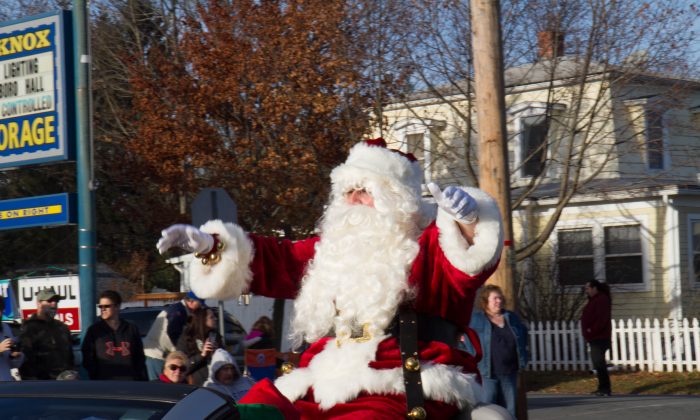 Principal That Banned Santa and the Pledge of Allegiance Overruled

Parents spoke out about the ban on Santa Claus at a Brooklyn school, and the principal heard them.

Eujin Jaela Kim, who recently took over PS 168 in the Sunset Park neighborhood, made widespread changes, including banning Christmas, Santa Claus, and Thanksgiving.

“We definitely can’t say Christmas, nothing with Christmas on it, nothing with Santa,” PTA president Mimi Ferrer told the New York Post, recounting what administrators told her.

“No angels. We can’t even have a star because it can represent a religious system, like the Star of David.”

The principal also stopped students at the elementary school from saying the Pledge of Allegiance every morning.

But just one day after the report, the District 15 Superintendent, Anita Skop, stormed into the school and reversed the changes, the Post reported.

Department of Education officials say the pledge will be recited over the PA system every morning, and Santa is now allowed.

The ban on Christmas and gift-giving is also believed to be overruled.

“I’m ecstatic that Santa can come back. Hopefully, he can make a visit to the kids in our school for our winter celebration on Thursday,” said Ferrer.

The department has citywide rules that still apply, such as prohibiting any displays that depict images of deities, religious figures, or religious texts.” But it allows Santa and holiday symbols such as Christmas trees and Hanukkah menorahs.

Kim sent out an email to staff with updated guidelines.

“I apologize for any confusion this may have caused,” she wrote.

A Change.org petition calling for the removal of Kim as principal has reached over 1,900 signatures as of Tuesday afternoon.