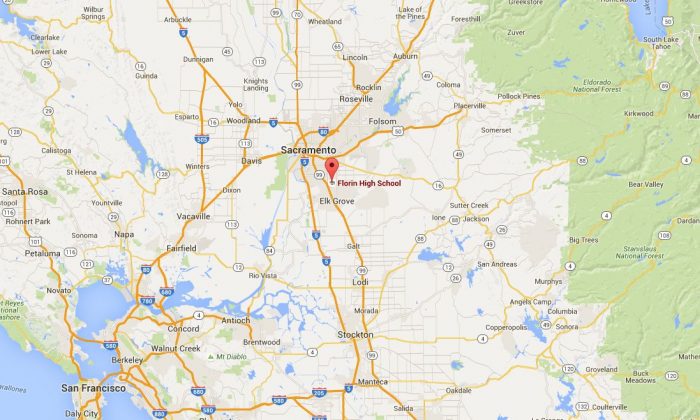 When the fight broke out, a school resource police officer, a school official and Principal Don Ross tried to break it up. In trying to restrain one student, Ross was thrown to the floor. He got back up and pulled the charging student from the fracas.

Once the incident had been broken up, three school officials, including Ross, had minor injuries, which required medical attention. The students were not injured.

“This was an unusual and rare situation,” Ross said in a statement. “We have great students and staff at our campus and we’ve been working diligently to build Panther Pride and in establishing a college bound climate for all students. Unfortunately, three students disrupted our work and the learning climate for the other 1,500 students here on campus.”

Two 15-year-olds and a 13-year-old were arrested, Turnbull said. Two were charged with suspicion of battery on school staff causing injury and the third was arrested for making threats toward other students and law enforcement. Their names were not released.