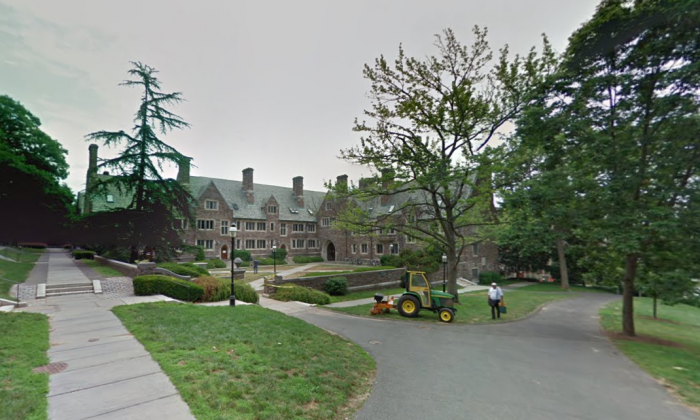 Princeton University has suspended the rest of the men’s swimming and diving team’s season after school administrators discovered that members had posted “vulgar and offensive” material on the team’s electronic mailing list.

A statement released by Princeton on Thursday did not disclose specifics but said the “misogynistic and racist” comments involved the women’s swimming and diving team.

The suspension comes after an anonymous complaint alerted university officials to several materials, including the school-sponsored team mailing list and other electronic correspondence.

The suspension is the third for an Ivy League team since November. Harvard University suspended its men’s soccer team and some members of Columbia University’s wrestling team were suspended for similar behavior last month.

“The behavior that we have learned about is simply unacceptable,” athletic director Mollie Marcoux Samaan said in a statement. “We make clear to all of our student-athletes that they represent Princeton University at all times, on and off the playing surface and in and out of season, and we expect appropriate, respectful conduct from them at all times.”

The university will decide whether to cancel the season completely.

Princeton has meets scheduled Jan. 7 against Navy and Feb. 5 against Yale. The Ivy League championships are scheduled for later in February.

At Harvard last month, the men’s soccer season was canceled after a demeaning “scouting report” on the women’s team was circulated online. A 2012 document uncovered by The Harvard Crimson student newspaper rated the attractiveness of recruits on the women’s team and included lewd comments about them.

Some members of Columbia University’s wrestling team were suspended from competing over apparent lewd and racially insensitive text messages. Some messages disparaged female students, expressed hope that someone would be sexually assaulted at a campus event, used anti-gay terms and slurred black people, including while discussing the deadly police shooting of unarmed black teenager Michael Brown in Ferguson, Missouri, in 2014.