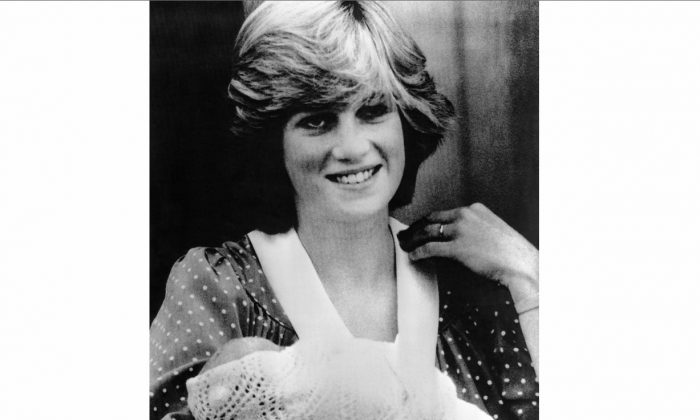 The world loves the birth of a royal baby, particularly to beautiful princesses. The crowds of adoring fans at Buckingham Palace and St. Mary’s Hospital cheering for William and Catherine’s happy arrival on July 22, is highly reminiscent of William’s own birth to Princess Diana.

On November 5 1981, just four months after Prince Charles and Lady Diana were wed, the Queen officially announced that Princess Diana was carrying a royal baby.

Diana had a difficult pregnancy, so it was decided to break with the royal tradition of giving birth at home. In the wee hours on June 21 1982, Diana went into labor. She and Charles and drove to the private Lindo Wing at St. Mary’s Hospital. After 16 hours of labor, and a media frenzy outside the hospital, Diana gave birth to a 7 lb 1.5 oz baby boy, Prince William. He became the first heir to the British throne to be born at a hospital.

Some early moment of William’s life were captured by royal photographers.