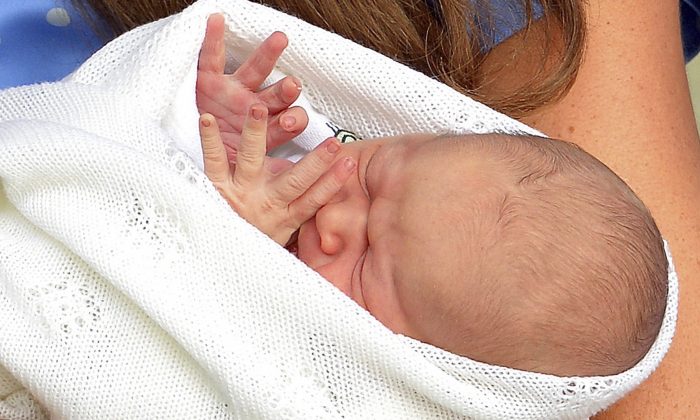 In this Tuesday, July 23, 2013 file photo, Kate, the Duchess of Cambridge, carries her new born son, the Prince of Cambridge, who was born on Monday. into public view for the first time. outside the Lindo Wing of St. Mary's Hospital, in London. Royal officials say Britain's new prince has been named George Alexander Louis. Palace officials said Wednesday, July 24, 2013, that the 2-day-old baby and third-in-line to the throne will be known as His Royal Highness Prince George of Cambridge. (AP Photo/John Stillwell, Pool, File)
Royals

Prince William’s last name: Is it the same as his baby’s?

George Alexander Louis was born to Prince William and Catherine, Duchess of Cambridge, on July 22. Though George has three names, none of those are his last name.

Prince William’s last name is Mountbatten-Windsor, but the name is rarely associated with him, because of his title (he is also known as the Duke of Cambridge).

George V in 1917 declared that Windsor be the surname for all descendants in the male line of Queen Victoria, other than female descendants that who marry, shall bear the name of Windsor, according to the United Kingdom government.

But in 1960 the Queen and the Duke of Edinburgh decided that they wanted their own direct descendants to be distinguished from the rest of the royal family, so another declaration was made: all descendants of the Queen, other than those with the title of Prince or Princess, or females who married, would carry the name Mountbatten-Windsor.

Article continues after the discussion. Please feel free to vote and comment.

A fourth option is giving George no last name. Either way, it won’t matter much–like William and Catherine, George would rarely have his last name associated with him.

The baby will be known as His Royal Highness Prince George of Cambridge, according to the Clarence House.