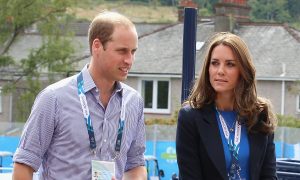 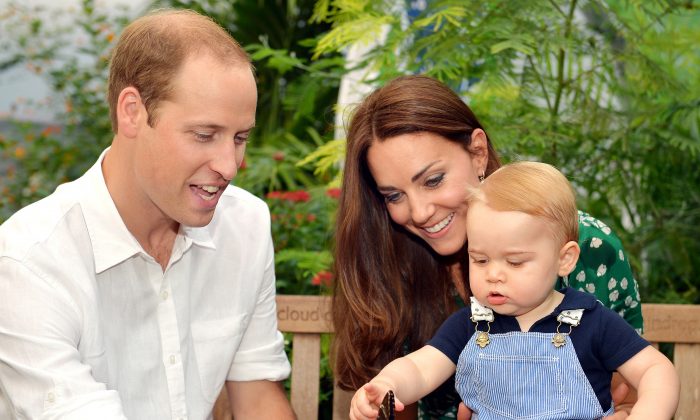 A photograph taken in London on Wednesday July 2, 2014, to mark Britain's Prince George's first birthday, shows Prince William (L) and Catherine, Duchess of Cambridge with Prince George during a visit to the Sensational Butterflies exhibition at the Natural History Museum in London. (AFP/Getty Images)
Europe

Prince William and Kate Middleton will leave their first child at home when they make a trip to New York City and Washington, D.C. in December, according to a new report.

The Clarence House announced the trip recently but did not give insight as to whether Prince George would be accompanying his mother and father.

The Daily Mail, which first reported the trip, indicated that it was “likely” that the couple would bring George.

However, sources now say that George will not be coming with William and Kate.

A source told the Daily Beast that “the length of visit and programme” which comprises “two days and a busy schedule” just “doesn’t lend itself to taking Prince George.”

The packed schedule includes a visit to the National September 11 Memorial and Museum at the World Trade Center, as well as several charity-related engagements.

The couple will arrive in New York City on Sunday, December 7 and attend a private engagement that night. The next day, William will travel to D.C. while Kate stays in New York City–another obstacle to bringing George along.

The Duchess of Cambridge will visit a local child development center with Chirlane McCray, the wife of Mayor Bill de Blasio, and will then attend a lunch hosted by the British Consul General in New York.

William will rush back to the city to attend a basketball game with his wife on Monday night.

The couple will then attend several events on Tuesday.

“It’s a different kind of visit from a three week tour to New Zealand and Australia,” the source said, regarding George being left behind.