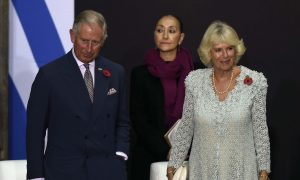 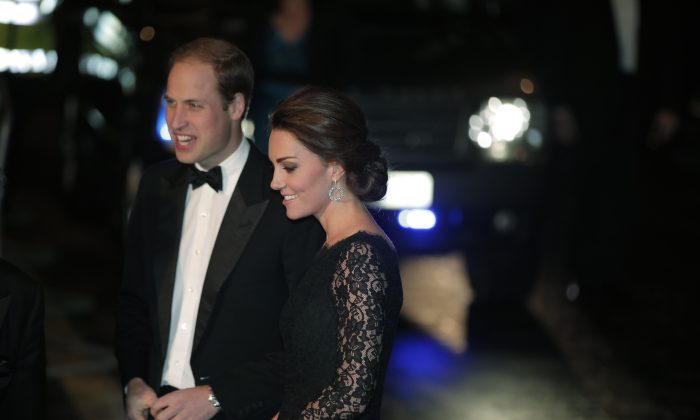 Prince William, Kate Middleton, and Prince George are skipping the royal Christmas because of Kate’s ongoing feud with Camilla Parker-Bowles, according to a new report.

Prince William and Kate’s plan was revealed by Grazia magazine.

“William spoke to the Queen about doing their own thing, especially since Kate has been suffering with acute morning sickness. He thought it would be nice for her to have a low-key Christmas. The Queen agreed,” a source said.

“Kate, William and George will join the royal family on Christmas morning before parting ways until Boxing Day. They will rejoin Boxing Day for the annual shoot.”

The speculation then started about why the young couple wants to spend Christmas alone, and some said it was because Kate and Queen Elizabeth are fighting.

But now a source says it’s not the Queen that Kate has problems with–it’s Prince Charles’ wife.

“Reports of a feud between Kate and Camilla Parker Bowles have been circulating for months, but the source says things have gotten so bad lately that the Duchess can’t stand to be in the same room as Prince Charles’ wife. And it’s allegedly for that reason that she’ll be spending the holidays at home with her husband and son,” reported The Hollywood Gossip.

“The source claims Camilla has been incessantly kissing up to the Queen in hopes that the 88-year-old monarch will abdicate and turn the throne over to Charles. Supposedly, commoner Kate finds such toadying to be repulsive and has taken to avoiding Camilla at all costs.”

On the other hand, a source told Vanity Fair that Kate and William will have company for Christmas–Kate’s family.

“One of the advantages of Anmer Hall being so big is that Kate’s family can stay there very comfortably and that’s the plan,” the source said.

“William and Kate are looking forward to hosting an informal and exciting first Christmas at Anmer Hall with Prince George.”

The Queen is supposed to visit the couple’s new Norfolk residence, which was recently refurbished, although the visit is slated before Christmas.

“The Queen is looking forward to seeing the house, especially the new nursery that Kate has designed,” a source told Vanity Fair.

The couple spent 18 months and about $2.3 million on the makeover.

Meanwhile, People magazine says that the royal couple will be staying in the Carlyle hotel when they visit New York City for several days in December.

The landmark on Upper Madison Avenue was where Princess Diana stayed when she first visited New York, and became her residence whenever she visited the city thereafter.