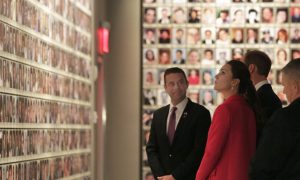 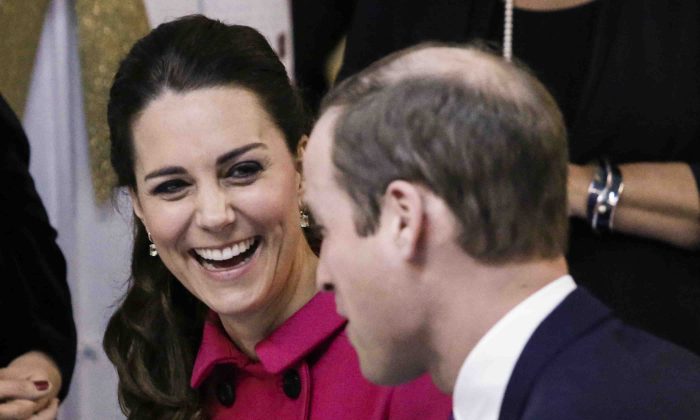 Prince William and Kate Middleton left many Americans astonished by how down-to-earth they are, and another instance of their groundedness has emerged.

Turns out Kate ordered pizza at their suite at the Carlyle hotel.

A source told Us Weekly that the pair made the order of “three very specific pizzas” while on a break from the itinerary before attending the St. Andrews 600th Anniversary dinner at the Met Museum. She begged off going to the Empire State Building due to feeling tired.

Two of the pizzas were a spicy sausage pizza and a prosciutto di Fabio pizza with no sliced tomatoes.

The source said the Duchess, who is five months pregnant with her second child, shared the pizza with an unnamed Kensington Palace assistant, private secretary Rebecca Deacon, and hairstylist Amanda Cook-Tucker while preparing for the engagement.

The report notes it’s far from the first time the couple has enjoyed pizza. They reportedly enjoy frozen pizza from time to time, and they also ordered pizzas on the day Kate gave birth to Prince George.

“They both really love their pizza,” another source noted.

Meanwhile, Hotels.com said that searches for hotels in the city increased 84 percent after the couple landed in New York, compared to the same time last year.

Previous research indicated that there was a similar boost to Singapore after the couple visited there.

“New York is a fantastic place to visit at this time of year and it seems even our royals were able to enjoy themselves while there,” Lizann Peppard of the website told the Daily Mail.

“The influence that celebrities, and in particular Kate, have on our travel decisions is fascinating – it’s great to see that they are able to remind us of some of the world’s best holiday spots for our future travel plans.”