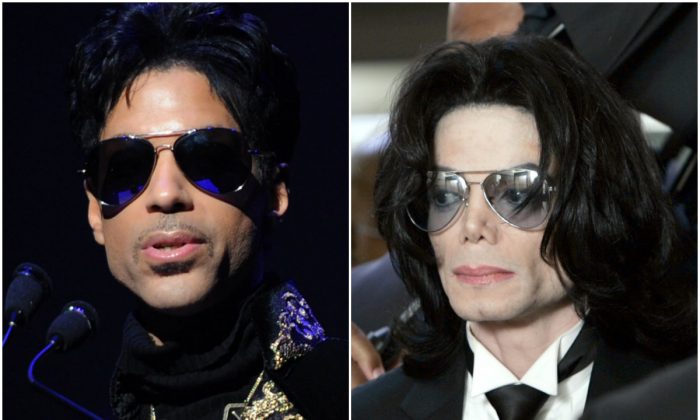 Superstar Prince may have obtained prescription drugs from a “friend” doctor just like the King of Pop, Michael Jackson, who died of an overdose in 2009.

The “Purple Rain” entertainer was compared to the “Thriller” singer by TMZ on April 29, citing similarities on medication overdoses.

It is believed that Prince was overprescribed the painkiller Percocet, similar to Jackson’s case, when he was prescribed Propofol as a sleep aid by his doctor Conrad Murray.

Jackson’s doctor was sentenced in 2011 over the singer’s death and was released from jail in 2013.

Prince was able to obtain prescription drugs from more than one doctor, reported TMZ, and at least one of them was a “personal friend,” according to the superstar’s family members.

The singer became addicted to Percocet before his hip surgery in 2010, TMZ claims.

Prince, 57, had supposedly gone to Walgreens four times during the week that he was found dead at his Paisley Park home in Minnesota on April 21.

Investigators believe a previous health concern, which forced his plane to make an emergency landing in Illinois a week prior his death, may have been a result of a reaction to the pain medication, said an official to CNN.

Authorities found prescription opioid medication on Prince and at his Minnesota residence, said an official.

Meanwhile, the U.S. Drug Enforcement Agency has stepped in to help investigate the singer’s death and will focus on the source of the medication. The agency stressed, however, that the investigation is still in its infancy.