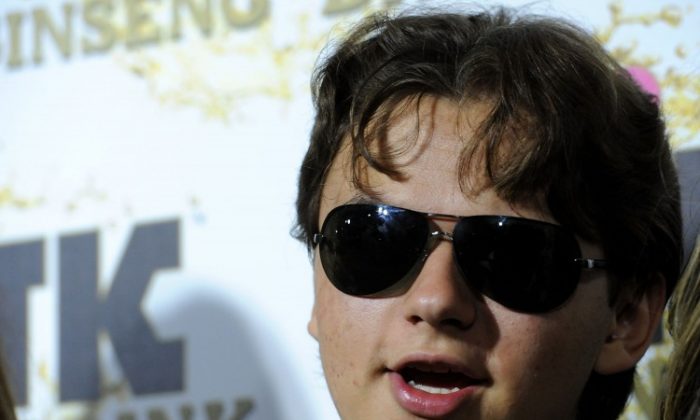 Alfalah is believed to be a princess in the oil-rich kingdom of Kuwait.

Jackson, a 16-year-old who works part time for “Entertainment Tonight,” were photographed by TMZ together.

One image shows them laughing and joking, while another shows them in the process of bowling.

The Kuwait consulate confirmed with TMZ that Alfalah, who is a junior, attends the same private school as Jackson, also a junior.

TMZ reported that Alfalah was dropped off at the PINZ bowling alley by a black SUV. After a few hours, Jackson reportedly drove Alfalah home.

Prince Jackson, along with his siblings Paris and Blanket, and grandmother Katherine Jackson are currently embroiled in a legal battle over Michael Jackson’s death in 2009.

The New York Times reported Thursday that the jury selection in the Jackson trial is still underway. The Jackson family is accusing the Anschutz Entertainment Group, or AEG, of negligence and breach of contract by hiring doctor Conrad Murray, who gave Jackson the anesthetics that left him dead in 2009.