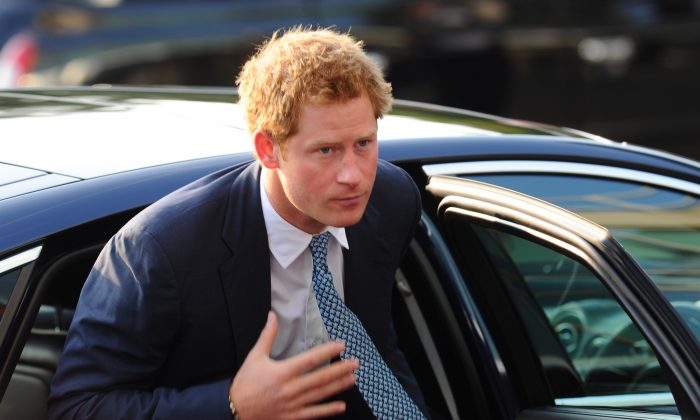 Prince Harry is rumored to have cheated on Cressida Bonas before the two ended their relationship, according to a tabloid report.

A source spoke to Star Magazine, claiming that he kissed a “mysterious woman” that led to the breakup.

“Harry still acts like a teenager. When he’s drinking, he’ll stick his tongue down the throat of any girl who takes his fancy. She was angry with herself for trusting Harry again… he said he was sorry and that it would never happen again, but the damage was done. She thinks he’ll never change,” the unnamed source told the publication.

It’s worth noting that Star magazine has been spotty with its reporting–like most supermarket tabloids.

Harry and Bonas are said to have reconciled in September after spending months apart, but Star said that Harry kissed the woman at a bar in mid-October.

Meanwhile, he recently spoke about his desire for being a pilot, according to a report.

At a party on Friday for people making a contribution of veterans wounded in combat, Harry said he wants to fly again one day.

He’s been working mostly on the Invictus Games.

Flt. Sgt. Lee Renard, who went to Iraq and Afghanistan several times, told People magazine that Harry told people at the party that “he said he enjoyed the flying and he missed it.”

Another veteran, Flt. Lt. Lance Levin, a Chinook helicopter pilot from 27 Squadron, RAF Odiham, added that the prince “would like to return at some point.”

Harry flew Apache attack helicopters in a tour in Afghanistan for five months.