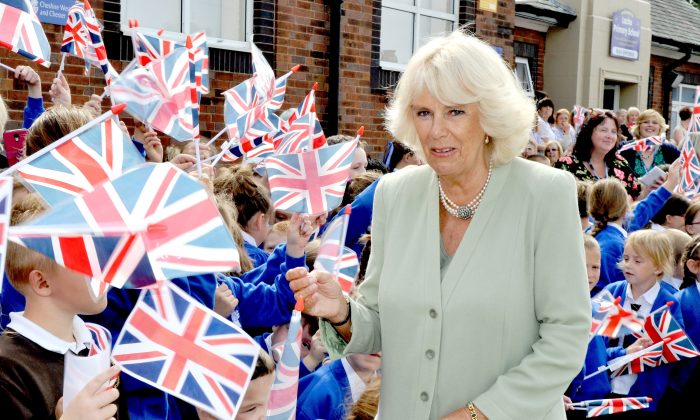 Prince Charles and Camilla Parker-Bowles will not be getting divorced–instead, Charles will become king at some point and when he does, Camilla will be queen, according to a former royal press secretary.

The divorce rumors were kicked off by tabloid Globe Magazine earlier this month, claiming that Camilla had just found out about Charles’ alleged affair with Barbara Streisand.

Charles not only admitted to it but also laughed, informing her that his life would have been “so much better” if he married Streisand instead of her, the tabloid claimed.

However, Dickie Arbiter, the former press secretary for the royal family, says that Charles will at some point take over as king from Queen Elizabeth and that Camilla will not only still be his wife, but become queen.

“Ever since he and Camilla married in 2005, Clarence House has insisted that the intention is for her to be known as princess consort, not queen, when Charles becomes king. But Arbiter like most royal watchers thinks this was a sop to placate those who still cherished Diana’s memory and that when it comes to it Camilla will be queen,” reported the Express.

It quoted Arbiter as saying, “They’ll have been married 23 years if he becomes king at 79. It will have been more than 30 years since Diana died. People mellow. She’s pretty well received up and down the country these days. People say to me, ‘What do William and Harry think? Their view is they like her and their attitude is if their father is happy, they’re happy.”

The debate started when Charles married Camilla in 2005.

Royal officials said then that she would become queen when her husband succeeds to the throne, with a spokeswoman for the Department for Constitutional Affairs telling the Guardian that legislation would be required, not only in Britain but in the 17 Commonwealth countries which have the monarch as head of state, if the king’s wife is to be deprived of the title of queen.

But the spokeswoman said that she would be referred to as princess consort–or Princess Camilla.

“It is intended that The Duchess will be known as HRH The Princess Consort when The Prince of Wales accedes to The Throne,” a royal statement confirmed in late 2012.

YouGov took the issue to a poll earlier this year, and most British residents said that she should become Queen.

“While the duchess herself has previously said that she would be called princess consort rather than queen, it is believed that she and Charles are gradually coming around to the idea,” YouGov said.

“Camilla is also not a stranger to controversy over royal titles. As the wife of the Prince of Wales, she is technically the current Princess of Wales, like Diana before her. However, at the time of her wedding to Prince Charles, Camilla announced that she would style herself as the Duchess of Cornwall.”

As for Charles become king, Arbiter believes that the prince, 65, won’t take over for quite a while, pointing out that if the Queen lives to be old as her mother, it will be more than 13 years before the monarchy changes hands, making Charles nearly 79 years old at the changeover.

It could be sooner than some think, though, if a new report about the Queen having the early stages of Alzheimer’s disease is correct.

There’s a possibility that Charles tries to wrest power from the Queen while she is still alive, utilizing the Regency Act.

In any case, when Charles takes over, Arbiter, 74, who served for many years on the royal staff and is now a television commentator on all things royal, says that he’ll be able to be a good king.

“He probably will [be a good one],” Arbiter said.

” He has sufficient knowledge. He’s been there a very long time. He has got his interests and opinions, as everybody has, and he has particularly made his known, unlike the Queen.”