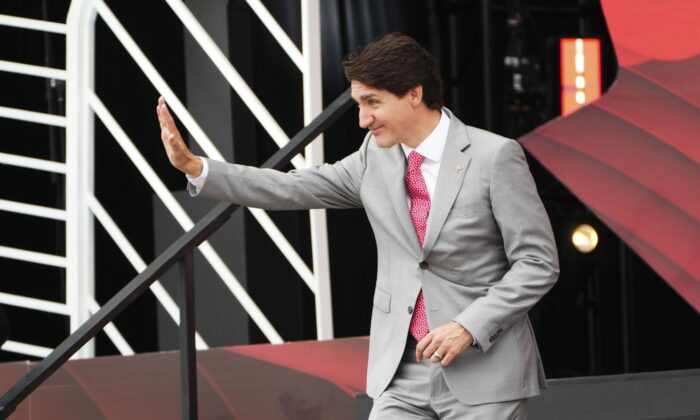 Prime Minister Justin Trudeau waves to the crowd after delivering a speech during Canada Day celebrations at LeBreton Flats in Ottawa on July 1, 2022. (The Canadian Press/Sean Kilpatrick)
Canada

Trudeau is there to continue the summer meet and greets he started in July in other parts of Canada.

His planned events include visits to a farm, wind farm and a train retrofitting plant in New Richmond.

Trudeau’s last stop in the region came when he was in full pre-campaign mode just one month before he called a federal election.

This visit comes as the provincial government is set to go into an election where the future of French is sure to play a big role.

On Wednesday, new census data showed Gaspé to be the only region in the province where the share of people claiming French as their first language grew in the last five years.