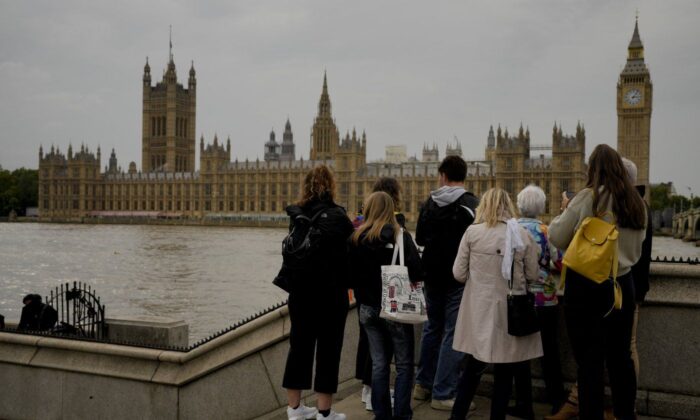 Prime Minister Justin Trudeau says Sept. 19 will be a federal holiday to mourn Queen Elizabeth II on the day of her state funeral in London.

“Declaring an opportunity for Canadians to mourn on Monday is going to be important,” Trudeau said at a caucus retreat in New Brunswick Tuesday.

He also said his government will be working with provinces and territories to ensure they’re “aligned.”

Monday will be a holiday for federal employees and those in federally regulated industries, including banks, airlines and Crown corporations. It will be up to provincial and territorial governments to determine whether they will declare the holiday for other workplaces and schools.

Quebec Premier François Legault was asked about the possibility on the campaign trail in Montreal on Tuesday. He told reporters that it would be a day of commemoration, but not a public holiday.

The president and CEO of the Canadian Federation of Independent Business said the six days’ notice is not enough.

“CFIB is urging provincial governments to NOT declare next Monday as a statutory (paid) holiday,” Dan Kelly said on Twitter Tuesday.

“Provinces should follow the lead of the United Kingdom, rather than the government of Canada.”

Monday is a national bank holiday in the U.K., meaning workers are not entitled to time off. “Employers may include bank holidays as part of a worker’s leave entitlement,” according to the U.K. government’s website.

In Canada, there are 12 designated paid holidays at the federal level. Federal holidays that are not a paid day off in all provinces include Remembrance Day and the National Day for Truth and Reconciliation, which is Sept. 30.

Commemoration ceremonies for the Queen’s funeral will also be held in Canada on Monday, including a parade, a flypast and a church service in Ottawa that will be televised nationally.

Trudeau said he and the opposition leaders’ offices are working on a final list for the delegation that will attend the funeral in person.