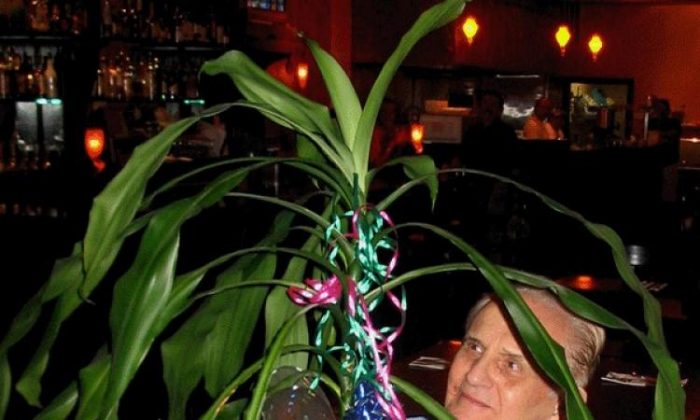 The Window to Primary Perception: Cleve Backster started his experiments with the plant Dracaena. (Courtesy of Cleve Backster)
Beyond Science

Primary Perception: Look Into ‘The Secret Life of Plants’ (Part 1 of 2)

There exists a body of research poised to rend apart our modern paradigms—revealing consciousness in places we might not have expected it, and connections between life forms that seem startling and impossible.

Imagine coming into a laboratory with a friend, and the experimenter tells you to simply start up a conversation. After some time, the experimenter stops you and shows you a recording that was taken of the conversation. The audio is of the conversation, but the video is of a line that looks something like a seismograph—which is actually a measure of electrical activity that was taking place in a plant that had been sitting in the corner of the room.

You see, perhaps to your amazement, that with every emotional moment between you and your friend, the plant shows a reaction corresponding to the onset of, for example, surprise, disgust, or embarrassment.

And the reaction happens to look a lot like a person’s reaction to the same sort of event.

This is one variety of experiment that demonstrates the phenomenon of what has been dubbed “primary perception” by Cleve Backster, who made the discovery in 1966 in a series of experiments with plants and other life forms. His research suggests that a basic form of communication exists among all life, down to bacteria and constituent cells of larger organisms, and hence may be “primary,” compared to commonly acknowledged forms of perception such as vision or touch.

Backster, a genial and enthusiastic fellow of 85 years, is a former CIA lie detector specialist and has had a deep involvement with scientific research in the polygraph community, where he is highly regarded. He developed the Backster Zone Comparison test in the late 1950s, the technique that is still in general use in military and government agencies for reading polygraphs, and he has run the Backster School of Lie Detection in downtown San Diego, Calif., for the last 30 years.

Backster had his work popularized in the book “The Secret Life of Plants” published in 1973, though he first published his findings in 1968. After “The Secret Life of Plants” came out, Backster made appearances on several talk shows and other media, featuring his perceiving plants. But he has also lectured extensively at scientific conferences. It was his research that got people talking to their plants and spurred the phenomenon of the “houseplant.”

“The fascinating part of all this,” he tells me, “it may have started with plants, but it ended up with human cells. By taking a human cell sample in a test tube and testing it remotely, those cells are attuned to the donor, and this to me is amazing; I mean this has all kinds of implications.”

Indeed—Backster has found that our cells respond to our emotions when they are outside of our bodies, even as far away as over 100 miles. When the donor experiences an emotional change, there is a coupled reaction in the cells, which manifests electrically.

“Plants were really just a stumbling block that allowed me to stumble over the phenomenon, and then I kept chasing it for everything that seemed to be causing a reaction in the plants, whether it be bacteria in yogurt, or eggs, and so forth.”

Backster found that breaking an egg or dumping it in boiling water will cause a reaction in plants—as if they were sensitive to nearby organisms suffering harm. While one might not think of eggs as having life, it appears they may have some sort of biological activity.

Intriguingly, he also found plants reacting when people used the bathroom next door to his office—which he traced back to urine coming into contact with the disinfectant in urinal cakes.

“I said, if it can cause a reaction, it should be reacting itself; let me figure out how to hook it up,” he says, laughing. “So this is what led me right up the line.”

Backster went on to monitor bacteria, finding reactions similar to those of plants. He also measured electrical activity in eggs, finding that they, too, seemed to respond to the environment. Ultimately, he measured activity in human cells, such as white blood cells.

Cleve Backster passed away on July 1, 2013. These articles are being republished as a way of remembering his life and work.