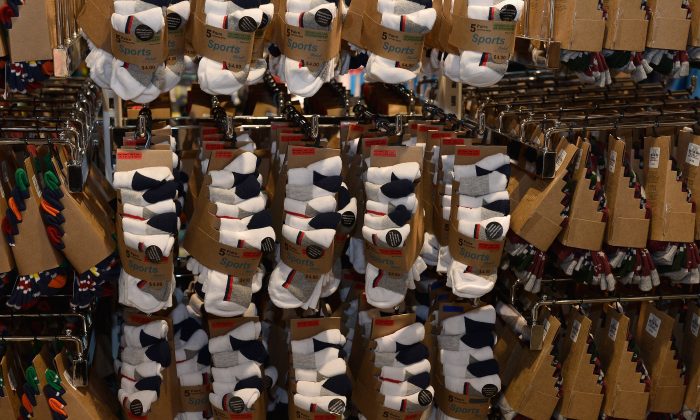 Shahkiel Akbar was stunned when he opened a package of socks he’d purchased and found a note written in Chinese.

The call center worker from Fenham had the note translated into English and was even more shocked when he discovered it was a cry for help.

My name is Ding Tingkun. I am a 39 year old male residing at this address:

I was falsely accused of fraud and blackmail and sentenced to three years in prison on 28th June, 2014.

This was because I travelled to Beijing to report cases of corruption in the police force and how officials were abandoning their duties to protect criminals and gangs.

I appealed my sentence and the court overturned the sentence, based on the fact that the details of my case were unclear and that evidence was insufficient.

I am currently being forcibly detained in a detention centre in Lingbi County.

My body and soul have been subjected to extreme torture and damage!

To the person who sees this, please hand the letter to President Xi Jinping, Premier Li Keqiang or tell the media!

Thank you! My wife and I have been rendered disabled from our treatment.

The letter, found in the pair of black cotton socks bought at a Primark in Newcastle, is allegedly from a Chinese torture victim.

“I knew it was something sinister when I saw it. I was really shocked. I do feel responsible now I have found this. I just thought I need to shout it out,” he told the Chronicle.

“It was an SOS from a 39-year-old man living in China. From the words I could translate you could see he was distressed. It seemed like he was risking a lot to try and get a message out. He said he had endured physical and psychological abuse and that he was forced to make these socks. It felt like a real burden to me.”

A number of Chinese products are made by prisoners who are sometimes tortured, but Primark claims that the note is just part of an elaborate hoax.

“The Primark name is being used to gain publicity for the plight of this individual. We have found no link at all between this individual and any of our suppliers’ factories in China,” a spokesman said in a statement to the Mirror.

“We think it is likely that the note was added after production and it is feasible it was added in transit or at a port.”