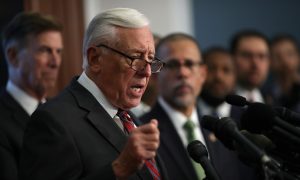 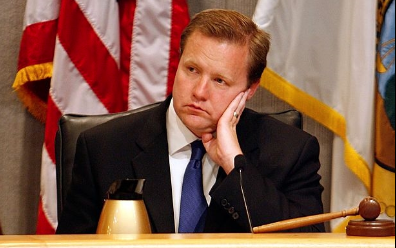 Primaries Show Republicans ‘Are the Party of President Trump’

Primary elections have received extra scrutiny this year, as analysts seek to discern, on the basis of necessarily limited evidence, the trends that may forecast the outcome of the midterms. Those midterms may be more consequential than usual this time around, as Democrats hope to take the House back from the Republicans and, with it, the opportunity to impeach President Donald Trump.

One trend was clear in this set of primaries: The Republican Party is now Trump’s and electoral success will rise and fall with the fortunes of the president.

In South Carolina, incumbent Rep. Mark Sanford, who has been a strong critic of the president, was defeated in a close race by state Rep. Katie Arrington.

In the presidential primaries, Arrington favored Romney, but she couldn’t have made her current support for Trump more clear, tweeting, for instance, “We are the party of president Trump.”

In Nevada, Trump brokered a deal in which incumbent Dean Heller got the nod for the Republican Senate nomination and his challenger Danny Tarkanian agreed to run for a House seat instead. Trump endorsed both, and both won, with Tarkanian identifying himself very closely with the president. On the morning of the primaries, Trump endorsed Nevada Attorney General Adam Laxalt, a supporter of Trump who won easily.

In Virginia, Corey Stewart, a member of the Prince William County Board of County Supervisors and a strong supporter of Trump, won a narrow victory to take the Republican nomination for Senate, where he will face Hillary Clinton’s running mate, Tim Kaine, in November.

In Maine, Shawn Moody’s pitch to voters in his bid for the nomination for the governorship was reminiscent of Trump, running as an outsider businessman.

Among the Democrats, in a couple of high-profile races, voters turned away from the progressives, who have seemed to set the tone for the party nationally.

Steve Sisolak, a Clark County commissioner, easily defeated fellow commissioner Chris Giunchigliani for the nomination for governor of Nevada. Sisolak, who describes himself as a moderate, is allied with retired Sen. Harry Reid, and Giunchigliani with Clinton.

In Virginia House District 10, state Sen. Jennifer Wexton won by not seeming as radical as some of her opponents. She will face Republican incumbent Barbara Comstock in the general election.