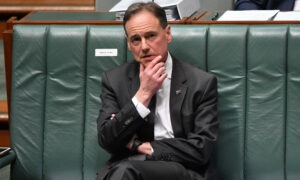 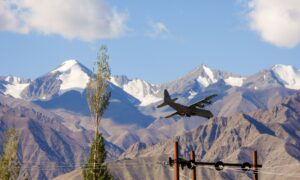 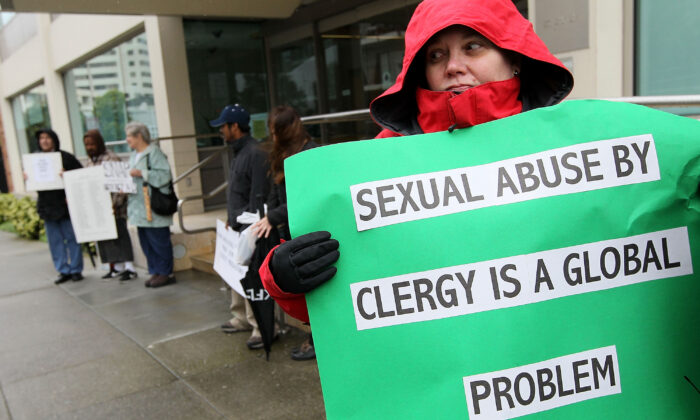 A protester holds a sign in a demonstration with members of the group SNAP, the Survivors Network of those Abused by Priests, outside of the offices of the San Francisco Archdiocese in San Francisco, Calif., on March 29, 2010. (Justin Sullivan/Getty Images)
Australia

Queensland has passed a new law that will compel priests to break the seal of confession to report cases of child sexual abuse or face criminal charges.

Labor MP Melissa McMahon told Queensland parliament on Sept. 8 that the religious confessional reform was one of the more contentious amendments contained in the bill.

“This reform comes from the Criminal justice report, recommendations 33, 34 and 35,” McMahon said. “It recommended that each state and territory government introduce legislation to create a criminal offence of failure to report child sexual abuse in an institutional context which specifically addresses religious confession.”

McMahon rejected protests made in submissions to parliament.

“In his submission, Archbishop Coleridge used a quote which referred to this particular amendment as ‘irreligious people trying to address a religious problem with brute secular force.’ If we are going to talk in this House about brute force, perhaps we should be recounting the horror stories of actual brute force being used against children—actual brute force, not hyperbole or rhetoric,” McMahon said.

Brisbane’s Catholic Archbishop Mark Coleridge had protested that the laws would fail to make children safer.

“This legislation is bound to fail in this regard,” he wrote.

Other states continue to debate similar proposals, and in several jurisdictions, clergy remain exempt from prosecution for failing to report child sexual abuse.

“The new laws also clarify that priests will not be able to rely on the seal of confession to avoid the reporting of abuse.”

Queensland One Nation MP Steve Andrews said the bill would not only impinge on religious freedoms but set a dangerous precedent for secular professions currently exempt from the law.

“If priests must break the confessional seal, surely lawyers must report evidence strongly indicating their client has abused a child,” Andrews told parliament. “This is a direct threat to the cornerstone principle of legal privilege, regardless of any protest from the government to the contrary.”

“I wish to speak to this bill not to support child abusers, not to support any church or not even as a religious person, but simply to give a voice to some of the concerns I have heard from the ordinary Queenslanders who I believe do have a right to be heard today,” Andrews said.

Queensland Police Minister Mark Ryan told parliament this law was not singling out the clergy, but that child protection is everyone’s responsibility.

“Queensland has the strongest laws in the nation when it comes to child sex offenders,” Ryan said.

Liberal National Party MP Stephen Bennett said the right decision had been made in compelling priests to disclose child sexual abuse and called for stricter penalties for those found guilty.

“The royal commission did find evidence that disclosures of child sexual abuse were made in religious confessions from perpetrators and from victims,” he told parliament.

The Criminal Code (Child Sexual Offences Reform) and Other Legislation Amendment Bill 2019 was brought before Queensland Parliament after a recommendation from the Royal Commission into Institutional Responses to Child Sexual Abuse and passed on Sept. 8.