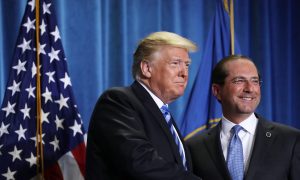 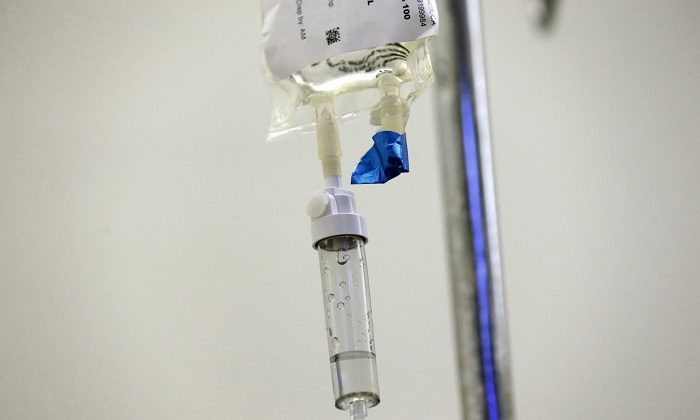 A file photo in a hospital. (Gerry Broome/AP)
Australia

More than 500,000 Australians now have access to cheaper medicines after a swathe of new products were added to the Pharmaceutical Benefits Scheme (PBS).

Treatments for lung cancer, leukaemia, seizures or nerve pain and high cholesterol levels were listed on the PBS on Oct. 1.

“From tomorrow, some of our most unwell Australians, many battling cancer, will receive a significant boost in the fight for their health,” Prime Minister Scott Morrison said on Sept. 30.

The same discounts will apply to scripts for treatments for lymphoblastic and acute leukaemia, and chemotherapy-related nausea.

The treatments for lymphoblastic and acute leukaemia had cost more than A$44,500 per script and A$74,900 per script respectively.

Nausea drugs had cost patients A$80 per script.

“But obviously there are always going to be more drugs, more medications that need to be funded and brought back to the system,” he told reporters in Canberra.

Stephen Clarke from the Northern Cancer Institute described the listing of the lung cancer treatments as a win for patients and clinicians, helping close the treatment access gap.

Labor’s health spokesman Chris Bowen said 60 drugs recommended by the Pharmaceutical Benefits Advisory Committee were still waiting to be added to the PBS.