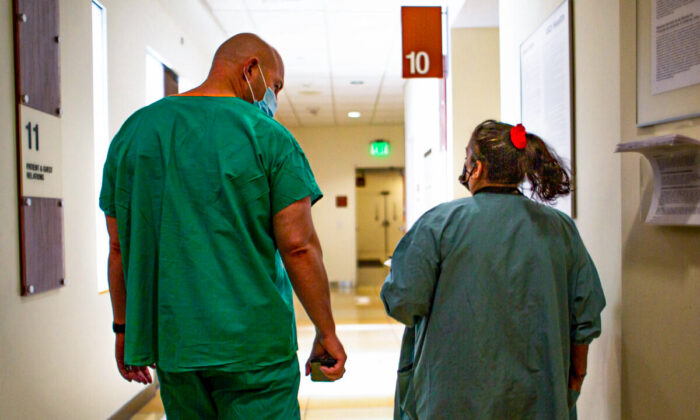 Your health care in California is about to get worse and more expensive. That’s because Senate Bill 184, signed into law on June 30 by Gov. Gavin Newsom, establishes a new government bureaucracy, the Office of Health Care Affordability. Like all government bureaucracies, it’s guaranteed to metastasize and increase costs.

A Fact Sheet released July 18 by the new office explained its purpose: “The Office of Health Care Affordability will be charged with collecting data on total health care expenditures, analyzing the health care market for cost trends and drivers of spending, creating a state strategy for controlling the cost of health care and ensuring affordability for consumers and purchasers, and enforcing cost targets.”

The Fact Sheet Continues: “The Health Care Affordability Board, comprised of experts, will advise on key activities of the Office and approve specific aspects of the initiative such as the methodology for setting cost targets and the statewide cost targets themselves.” So on top of the new office bureaucracy will be piled the new board bureaucracy.

This section sounds an awful lot like pushing the Single Payer socialized medicine scheme Newsom has supported: “The Office will set a statewide goal for adoption of alternative payment models that promote shifting payments from fee-for-service to payments that reward high quality and cost-efficient care. The Office will measure progress towards the goal and adopt standards for alternative payment models that may be used by providers and payers during contracting.”

In an interview, the new office was explained by Elizabeth Landsberg, director of the California Department of Health Care Access and Information—yet another bureaucracy! “We plan to use data to better understand racial disparities, to understand who’s getting what type of services,” she said. “The Office of Health Care Affordability will set cost targets, and as entities are meeting those cost targets, we do need to monitor that they don’t come at the expense of quality and equity … We know it’s not enough just to bring down costs. It’s important that we measure the quality of care and equity at the same time as we’re measuring costs.”

“Equity” is mentioned a total of four times by her. As I’ve written before, “equality” is what the 1960s Civil Rights Movement was about: equal treatment under the law and equality of opportunity. But “equity” as it’s used now means a socialist reallocation of resources according to ideological criteria. If you’re in the favored category, you get care. If not, you’re on your own.

The overall problem of the office is it seeks to control prices by government fiat, instead of by reducing the very government edicts and controls that have zoomed upward health-care prices since Medicare and Medicaid were introduced in the mid-1960s as part of President Johnson’s Great Society.

Being on Medicare myself now—beginning at age 65, you basically have no choice but to join it—I can report the care can be generous and there are few incentives to find ways to cut costs. It’s Medicare, especially, that drives the system, with its mandates and regulations that have become a nightmare for physicians.

Anthony Wright, executive director of Health Access California, a consumer rights group, was interviewed uncritically by the San Francisco Chronicle about the issue. “For all the talk of inflation in the last year, if gas prices went up the same rate as health care prices over the last couple of decades, we wouldn’t be seeing $5 to $6 a gallon, we’d be seeing $30 to $40 a gallon,” he said. “What is raising people’s concerns about inflation these days has been the case for health care for decades.”

I’ll spare you the translation of the oil price into the gasoline price, but it’s equivalent.

I emphasized this point because, although inflation is plaguing almost everything, there are different causes for it. In addition to the increased costs incurred by hospitals and doctors for buildings, fuel, equipment, etc., there are those caused by government regulation. The latter are far worse and highly unpredictable.

But more of that poison now is going to be injected into the California body politic.