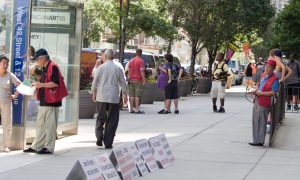 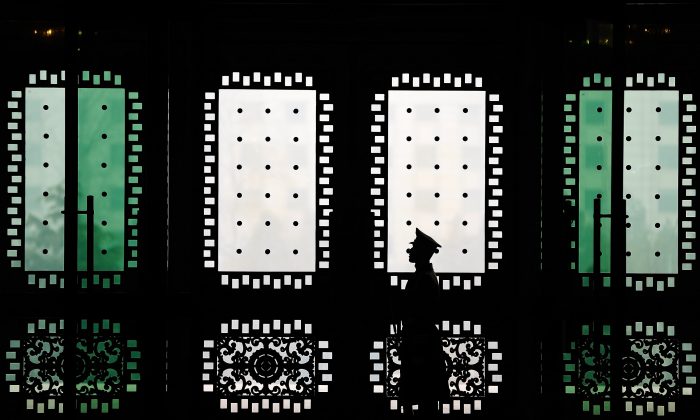 The Chinese regime is sending spies abroad to illegally capture and repatriate former officials wanted for corruption. Contrary to reports, however, this drive isn’t about crime fighting. According to a former Chinese spy, it’s about preventing information leaks.

Through what it calls Operation Fox Hunt, the Chinese Communist Party (CCP) is sending agents abroad who are threatening and harassing people wanted for corruption in China. The State Department allegedly warned CCP leaders to stop this practice.

The agents are being sent through the CCP’s Ministry of Public Security, according to New York Times. Since 2014, the program has repatriated 930 suspects, only 70 of whom returned voluntarily.

While the CCP has branded the operation as a drive to enforce Chinese law abroad—and while this line has been picked up by foreign press—it’s not the case. The operation is being done out of fear that former Chinese officials running from the law may expose the internal affairs of the CCP.

“All of these people are insiders, they can make reports, publish online, and leak secrets,” said Lu Dong, a former leading agent of influence for the CCP, who is now an outspoken critic of the Chinese regime.

Among the people on the CCP’s wanted list are former Chinese officials, business leaders, and military officers who have inside knowledge of the CCP’s policies.

By placing these officials in its crosshairs, Lu said, there is a high probability that they’ll seek the protection of local authorities. Once that happens, they’re likely to speak more openly about the CCP, and may leak secrets.

“These people are experienced insiders,” Lu said, noting that each of them could become a powerful and influential dissident—and this is what the CCP is most afraid of.

Even for those who don’t readily step out, the CCP regards them as liabilities. Lu said that every story that breaks in China is a threat to the CCP, which actively controls news narratives through its state-run press and heavy Internet censorship.

These officials know the stories behind the news in China, Lu said. “If they are in the United States, and in their spare time they read some newspaper and comment anonymously on a blog, they’ll leak secrets.”

The CCP acknowledged this concern in an op-ed piece published on Aug. 18 in its state-run Global Times.

The article acknowledges, “Operation Fox Hunt is conducted across the world,” and claims “The United States has become a haven for so many corrupt Chinese officials.”

It claims, “Some American elites are actually happy to see more corrupt officials fleeing to the United States.” and states, “Some of them might become a card for the United States to play in countering China.”

During an Aug. 17 press briefing, State Department spokesman John Kirby declined to comment on the specific claim that the United States warned the CCP about sending agents to make arrests on U.S. soil.

Kirby did say, however, “it’s a criminal offense” for anyone, with few exceptions, “to act in the United States as a law enforcement agent of a foreign power” without first notifying the attorney general.

He said the United States rarely works with the Chinese regime on law enforcement, noting it continues to tell CCP officials that for the United States to cooperate with investigations or arrests, the CCP needs to provide “significant, clear, and convincing evidence.”

While the official Operation Fox Hunt was only started recently, the CCP’s use of spies to harass Chinese expats isn’t anything new.

For Chinese expats in countries including the United States and Canada, it’s a daily reality that they or their family members may be threatened by CCP agents if they speak out against it.

One of the highest profile individuals right now is Anastasia Lin, an actress, model, and recently crowned Miss World Canada. She testified before U.S. Congress about the issue on July 23.

Lin is an outspoken human rights advocate and practices Falun Gong, which has been brutally persecuted in China since 1999. Shortly after she was crowned Miss World Canada in Vancouver on May 16, agents with the CCP began threatening her father who still lives in China.

“When I was crowned Miss World Canada, my father was so proud of me,” said Lin during the hearing of the Congressional-Executive Commission on China, noting that her father received hundreds of congratulatory messages.

“But within a couple days, my father’s tone changed,” said Lin, who is a Canadian citizen. “He told me nervously that I must stop my advocacy for human rights in China, or else he would have no choice but to sever contact with me.”

“I understand my father was visited by Chinese security agents, who forced him to apply pressure on me in this way,” she said.

Epoch Times exposed several similar stories of Chinese expats living in Canada, whose families in China were threatened by CCP agents after they spoke about human rights.

Tibetan activist Tsewang Dhondup told Epoch Times in a previous email interview, “Most advocates who have escaped Tibet have directly dealt with these kinds of warnings.”

Joe Wang, the president of NTD Television Canada, received a call in 2012 from his brother’s home in Eastern Anhui Province. When he answered the phone, however, he found himself speaking with an agent from the CCP’s Ministry of State Security.

The agent warned Wang about NTD’s critical coverage of the CCP. NTD is an independent Chinese television station, and a sister media of Epoch Times.

Xia Xiaoqiang, a columnist for the Chinese-language edition of Epoch Times, who lives in Norway, said in late May that Chinese agents had begun threatening his family.

Xia said on May 19, he received a call from his father and brother in China who asked him to stop writing. They had been approached by agents from the CCP’s Ministry of State Security, who labeled him a “counterrevolutionary hostile force,” and showed his family a letter asking that he be “tracked down.”

They also threatened his family, telling Xia to stop writing “or the whole family won’t be able to live normal lives.”

Judy Chen, 56, a New York resident who moved to the United States from Taiwan in 1981, told Epoch Times in a previous interview, “it’s very common knowledge.”

“If you speak about the Chinese Communist Party, even among co-workers, they’ll tell you to watch what you say,” said Chen, who practices Falun Gong and advocates for human rights in China.

According to Lu, even the issue of the CCP sending agents to illegally capture and repatriate fugitive officials is something that has happened for years.

He said a man he personally knew in New York was formerly the assistant governor of Shandong, China. “They arrested the parents first, then later on they sent someone over and got the son to go back. This was three years ago.”

“They’re not police officers,” Lu said, noting the CCP will often deploy these agents through its consulates, or through nonprofit organizations.

“I know lots of operations they conducted, even many years ago,” Lu said. “The issue of Chinese spies is huge. Huge.”