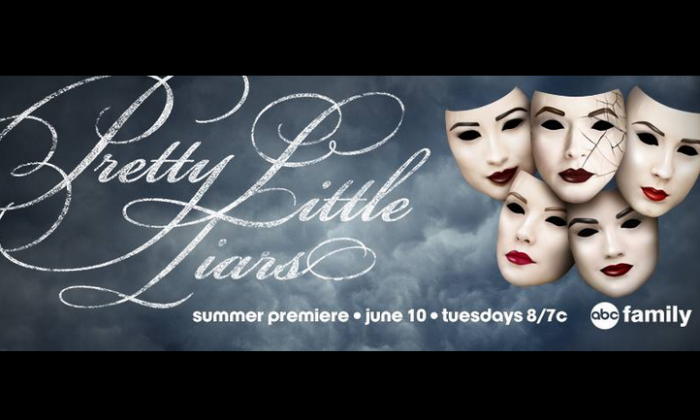 Pretty Little Liars season 5 is starting on Tuesday, June 10 and fans are looking for an episode guide.

“Moments after where the season four finale left off, Aria and the Liars are reeling from Ezra’s shooting at the hands of ‘A.’ The five girls quickly realize that as the one person who truly knows A’s identity, Ezra is in grave danger. While Aria stands watch over Ezra at the hospital, Alison and the PLLs lay a trap to finally flush out ‘A’ but are shocked by who is ensnared.

“Meanwhile, Holbrook steps up his efforts to find the girls and puts the Hastings family on alert. And as news of Alison’s resurrection spreads, Mona is not pleased.”

“With the events of New York behind them and back in Rosewood, the Liars are unsettled to still be living under a cloud of secrets. Aria is haunted by the recent past events, while Emily, Hanna and Spencer try to wrap their head around the new normal. Alison, on the other hand, is still sleeping with one eye open as she is forced to stay at home with her family – who she doesn’t trust.

“Now being forced to live through Ali’s latest lie, Aria, Emily, Hanna and Spencer try to cover their tracks, while simultaneously trying to piece together what happened in New York. Hanna and Aria have to close loose ends with the two people who know the truth about Ali’s story – Mona and Ezra. Spencer and Emily try to find out the truth about Jason and his whereabouts the night they were in New York.

“Meanwhile, Hanna starts to examine who she really is – Hefty Hanna or Queen Bee Hanna – now that Ali is back.”