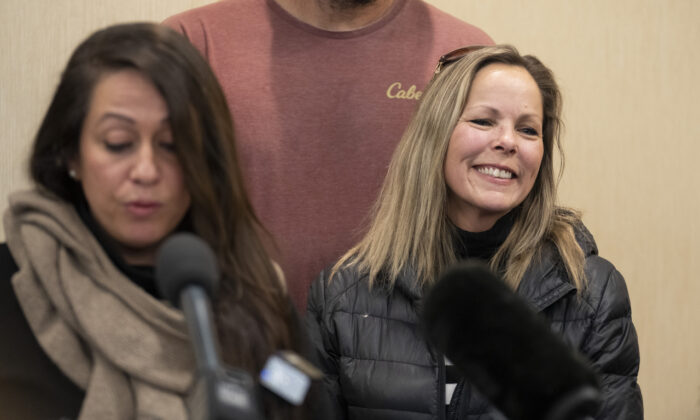 Tamara Lich, an organizer of the Freedom Convoy protest, smiles during a news conference in Ottawa on Feb. 3, 2022. (Adrian Wyld/The Canadian Press)
Viewpoints 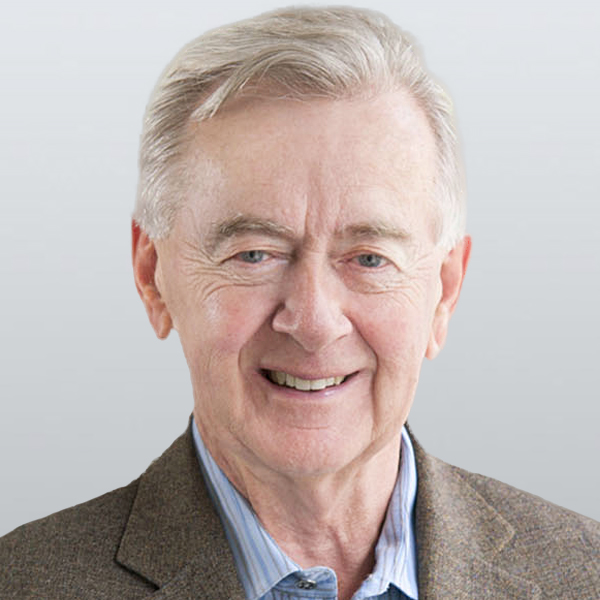 If an award were to be given annually to the perpetrators of the greatest injustice against a Canadian citizen, the leading candidates for receiving it in 2022 would be those responsible for the relentless persecution of Tamara Lich concerning her involvement with the Freedom Convoy protesting Ottawa’s vaccine mandates.

The actions of the persecutors in this case may be described by the awkward word “unconscionable”—meaning barbarous, excessive, outrageous, preposterous, uncivilized, unethical, unfair, and unjust.

Since the attitude of the Trudeau government toward individual Canadians very much depends on their gender and race, let the record show that Tamara is female and of Metis heritage. With these characteristics, and if she was being hounded by a Conservative administration for involvement in a left-wing protest, Tamara would by now have been lionized by the Trudeau Liberals as a freedom martyr, made the subject of a sympathetic full-length documentary by the CBC, granted an honorary degree by some university, and nominated for the  Order of Canada.

Instead she was unjustly arrested in February for participating in the organization of a legitimate public protest against a misguided federal government policy, handcuffed and transported by two burly homicide detectives to the Carleton Remand Centre (described by those familiar with its interior as a hellhole), and incarcerated there for 18 days.

After several delays, she was finally granted a bail hearing where she entered the court shackled in handcuffs and accompanied by guards, lest this five-foot-tall grandmother attempt a daring escape from custody. Such hearings, even in the most serious cases, usually take only a few hours, but Tamara’s bail hearing lasted the whole day, giving the prosecution ample opportunity to rehearse the alleged sins of the accused in graphic detail—primarily for the benefit not of the court but of the legacy media.

With respect to bail hearings and the incarceration of the accused while awaiting them, the treatment of Tamara is to be contrasted with the kid-glove treatment accorded by the federal government to Meng Wanzhou, the Huawei executive accused by the U.S. of numerous offences much more serious than any of the charges against Tamara. Of course, from the perspective of the Trudeau government, to roughly manhandle Meng Wanzhou might have offended the communist government of China, whereas to roughly treat Tamara Lich only offends Canadians.

Time and space do not here permit a complete listing all the subsequent indignities and rights infringements to which Tamara has been subjected—from first being denied bail by a judge who had recently run as a Liberal candidate in an election, to being granted bail on outrageous conditions primarily meant to cancel and demean her, to being charged for a breach of her bail for her involvement in accepting the George Jonas Freedom Award from the Justice Centre for Constitutional Freedoms, to being subjected for a fourth time to an unconscionable harangue by a prosecutor later shown to be a serial financial supporter of the federal Liberals, to her current situation of being further incarcerated while awaiting what promises to be a lengthy trial possibly delayed until 2023 or even 2024.

None of this is to say that everything about the Freedom Convoy protest and those attracted to it was wholly defensible and justifiable. A bright light invariably attracts a few bugs, but that is no reason to smash the light source. And that is why a formal public inquiry before impartial adjudicators (more on this later) is required to sort fact from fabrication in this case.

All of this, however, does prompt two further questions.

First, who will rally to Tamara’s defence in such strength and numbers that the politicians responsible for the injustices done to her will pay the ultimate political price for their unconscionable conduct—i.e., defeat at the polls? Surely Tamara’s defenders should include the truckers but also all those independent businesses and workers whose activities and incomes were crippled by the unwarranted lockdown measures. Her defenders should include the Metis Nation of Canada (she’s one of yours), the good people of Medicine Hat (she’s also one of yours), and the good people of Alberta (she’s one of ours). And her defenders should include Canada’s civil libertarians and all those whose constitutionally guaranteed rights have been unjustifiably violated by governments and who are resolved that such violations will never be allowed again.

Secondly, will those responsible for the unconscionable persecution of Tamara Lich ever be held accountable? My answer is yes, and although the wheels of justice grind exceedingly slow, here is how it will likely come about. Once the Trudeau government is replaced, its successor will be obliged to instigate the national commission of inquiry into Canada’s response to the COVID crisis that increasing numbers of Canadians are demanding. Most likely it will be held under the provisions of the federal Inquiries Act, and the commissioners will be authorized to subpoena those responsible for the implementation of all the health protection measures imposed by the governments, including those that led to the Freedom Convoy and the arrest of Tamara Lich.

The first officials to be questioned, after having sworn to tell the truth, the whole truth, and nothing but the truth, will be those of the lower ranks—in Tamara’s case, the arresting officers, the Carleton jailkeepers, and the lower-level bureaucrats involved. All will be asked the simple question, “Why did you do what you did?” and the predictable answer will of course be, “We were just following orders.” Then comes the telling question, “Who gave you those orders?” And as that question is relentlessly asked and answered again and again, the inquiry will slowly crawl up the bureaucratic ladder layer by layer until at last it reaches the political culprits at the top—just as the Watergate investigations years ago started at the bottom but ultimately reached the offices of the attorney general and president of the United States.

Justice must ultimately be served in the case of Tamara Lich. And when it is, a great debt of gratitude will be owed to her by all of us for what she has patiently and heroically endured.

Preston Manning
Follow
Preston Manning served as a member of the Canadian Parliament from 1993 to 2001, and as leader of the Opposition from 1997 to 2000. He founded two political parties: the Reform Party of Canada and the Canadian Reform Conservative Alliance. Both of these became the Official Opposition in Parliament and led to the creation of the Conservative Party of Canada, which formed the federal government from 2004-2015.